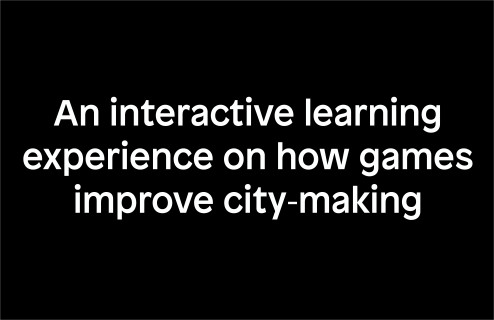 The Games for Cities programme is hosting it's first international conference with leading ‘city-game’ design experts from around the world discussing the potential for games to facilitate more effective and inclusive city-making. The conference will be held in Rotterdam’s Het Nieuwe Instituut on April 20-21 and is open to the public. This promises to be an intriguing conference with keynotes on how city-gaming is the future of city-making, as well as numerous city-game break-out sessions to experience this future for yourselves. You will get the chance to meet Paolo Pedercini from Molleindustria, Urban Think Tank’s Alfredo Brillembourg, Boston-based social designer Eric Gordon from Emerson’s Engagement Lab, The Why Factory’s Felix Madrazo, and Ekim Tan from Play the City as the invited speakers at the conference. During the conference, 10 internationally active city-game developers will also be present to run game sessions of leading city-games. Join us at the conference and find out why it's more than just fun and games!