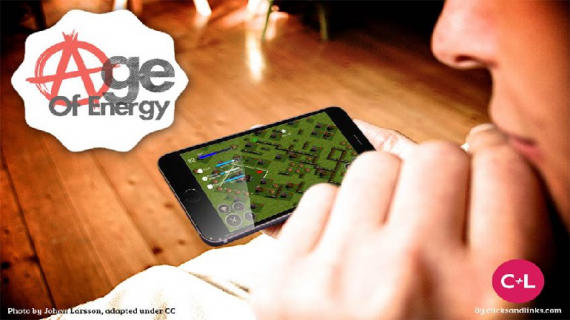 Turning saving energy at home into something that's fun for young people.

"The best way to learn about anything is by doing”. - Richard Branson.

As part of the European project City-zen, a Serious Game is being developed by UK Partner Clicks and Links that is to be deployed in the city of Grenoble as well as Amsterdam Nieuw-West. The goal is to engage youngsters in these cities to save energy by gamifying sustainable energy choices and thereby changing behaviour.

Gaming tends to have a bit of a negative reputation, but consider the opportunity of leveraging the following traits for a positive objective, such as saving energy. Games are addictive, fun and engaging which means that they can be great tools for education.

The result is to implement the game to engage youngsters to save energy. Up to 15 % of energy can be saved by simple changes in people's everyday behaviour. Things such as remembering to turn off the lights when you're not using the room or cleaning out the freezer. Cities and energy grid operators benefit from this demand side energy response because networks need no longer be over-dimensioned.

This project was initiated in the City-zen project in cooperation with Clicks & Links.

We're open to public beta testing at the moment. Grab your copy of the game and head to our website to let us know what you think. Then, a series of iterations will lead to a game that will leverage real-time energy data from next generation smart metering systems as input so that real world behaviour is reflected in the virtual environment.