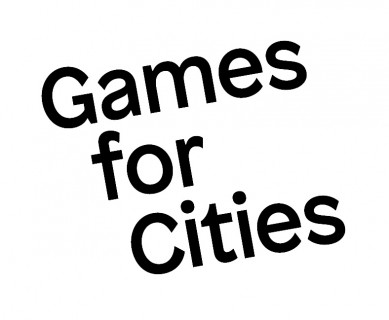 Games for Cities in an initiative of Play the City (Amsterdam) and generously funded by the Creative Industries Fund NL with the aim to explore the role of gaming for complex urban issues.

Gaming carries unexplored potentials for city-making. When inserted carefully into urban processes, games significantly improve the practice of conventional urban design by, for example, supporting collaborative decision-making and design, extracting and visualising comprehensible meaning from big data, and contributing to conflict resolution. However, the field of City-Gaming is relatively new and there is an urgent need for building an integrated community, developing a common language, and supporting newcomers. These are the driving motivations behind the launch of GAMES FOR CITIES: a public research- and event-programme that explores the role of gaming for complex urban issues.

GAMES FOR CITIES will deliver three concrete outcomes throughout its year-long program:

Games for Cities in an initiative of Play the City (Amsterdam) and generously funded by the Creative Industries Fund NL. Organising partners are: The Mobile City, the New Media Studies Department at Utrecht University, the Play and Civic Media Lectorate at Amsterdam University of Applied Sciences, and The Why Factory (TU Delft).

The first events have been confirmed and will take place in September-October, 2016. Other events will follow in the rest of 2016 and early 2017. More information at www.gamesforcities.com

The Top Unique and Perfect Smart City project protal for Amsterdam City,
http://www.Amsterdam.City
is now managed by Matchers International Ltd, we would like to explore future business Collaboration with you.
should you share same interest, kindly contact us to talk further about future collaboration.