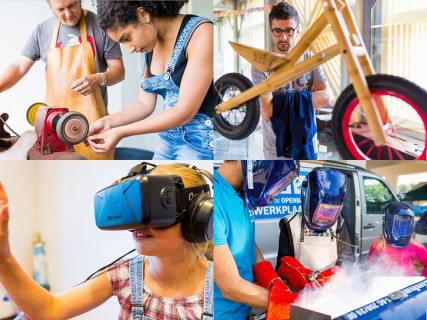 The main goal of the festival is to connect Makers with the public, with eachother, to inspire and to showcase how much fun and useful the art of Making is. A weekend full of inspiration, whereby Makers, companies and organisations come to showcase their innovative knowledge and science.

The venue is the Marineterrein Amsterdam. It is a historic location in the middle of the city that was inaccessible until recently. In the 17th century this was the place where the best Makers worked together to create the most advance warships. Nowadays this is the place where innovative Makers – with Makerversity as the lead – deliver an important part to the future of the terrain as wel as the whole city of Amsterdam. There is no better place for the Amsterdam Maker Festival, than the Marineterrein!