Platforms and services for cybersport: solutions from Moscow 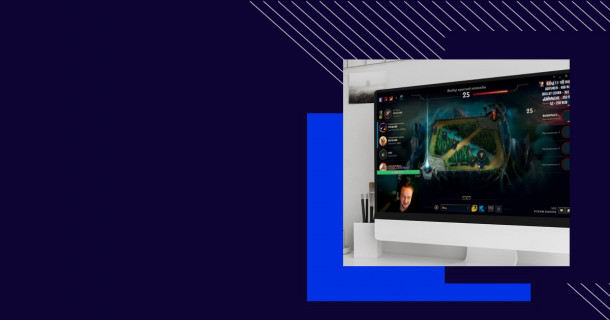 Experts call cybersport (as well as VR) a breakthrough in the entertainment sector. According to Newzoo report, in 2019 the revenue of the world games market will be estimated at $152.1 billion, 9.6% more than a year before.
In 2019 the Russian cybersport market might reach the $55 million, and in 2023 it will be over $100 million, as MTS previously forecast.
It should be noted that, according to the data presented by the Russian Public Opinion Research Center, 58% of Russian citizens have a negative perception of computer games, nevertheless, last year Russian internet users paid gamers about 11.6 billion rubles, Yandex and Data Insight stated in spring. The research also revealed that 3 million people are engaged in streaming and selling gaming products.
ICT.Moscow refers to some services and platforms for cybersport from Moscow developers.

Platform for gamers
Cyberhero comprises services for cybersport. Users can stream the games, watch other players stream and participate in competitions. In the competition platform the users can monetize their gaming skills.
Cyberhero is also a streaming platform. Here gamers create their own channels, so they can stream games and upload video. The videos from “Video” section are sorted by views and games.

Cybersport platform
The users can take part in cybersport competitions, stream their games and earn virtual currency for they activities. Users can spend currency on promoting streams and reward other streamers. The platform uses the resources of the CloudMTS cloud provider. A subscriber of any operator can become a user of the platform.

Service for collection donations while streaming
DonationsAlerts makes it possible to collect donations while streaming in Vkontakte, Odnoklassniki, YouTube, Twitch and Hitbox. To receive money the creators of the content place a link of DonationAlerts website below the video (for VK and Odnoklassniki it is a button). The author has to be authorized in the service and choose a minimum donation for the viewers and the type of notifications.
To send a donation a viewer has to be click the link and choose the donation amount and leave a message for the donations which will be displayed in the streaming. The viewer can pay by bank card, VK Pay, WebMoney, Qiwi, Yandex.Money, PayPal, Bitcoin or via mobile account.

Interactive streaming platform
Loudplay allows to run games in the cloud and play on low-capacity computers that have an access to the internet. The platform uses servers with Nvidia graphic cards — the data is processed in the cloud and the video is streamed on the gamer’s players.
In September 2019 MTS launched Loudly on Wasd.TV media platform. After they get access to the platform, users can download games from Steam, Battle.net, Origin, Epic Games and others. The platform is available on computers running on Windows 7 or newer. In the future macOS support is going to be added. Virtual computer is available only for one user.

Cybersport anti-cheat system
Kaspersky Anti-Cheat makes it possible to combat cheating for cybersport competitions organizers and online games producers. Cloud technology-based development allows to detect cheating and fraud in real time during the game and sends automated reports about all the cases of cheating to the judges.
Kaspersky Anti-Cheat can be integrated with cybersport platform via API. Before the competition starts the solution is installed onto each gamer’s computer. When the game starts, Kaspersky Anti-Cheat starts to collect information about all the processes going and transmits the information for analyzing. The judge of the competition receives reports about the cheating cases detected via a web interface in real time.

Computer games marketplace
It is a marketplace where over 2 thousand offers from 48 publishers, including “Buka”, Ubisoft, Square Enix, Activision, Deep Silver, Codemasters, Alawar and others are available for gamers. “Igrovoy market” provides discounts for the customers and holds sales. The project is realized in partnership with “Buka” company.