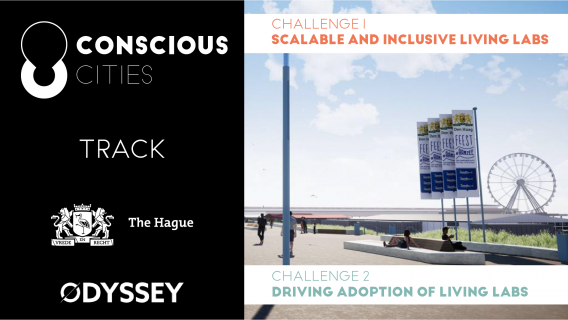 Build the admission system that automates access to the public digital ecosystem of the Hague: an independent, open and objective onboarding and networked mechanism, allowing good actors access to grow innovation, nature and civilians’ initiatives in harmony. Create a data commons and marketplace mechanism, where different types of actors are incentivized and naturally start interacting with each other in the Living Lab, and where specifically civilians are empowered to own, share and earn from their data.

In the Hague’s Living Lab in Scheveningen, two urban areas have been equipped with smart city hubs. With 144 use cases and ideas related to livability and business in the neighborhood defined, the Living Lab has proven a huge success. The process for admission should move from manual to automatic to scale.

The process for admission of actors, ideas, use cases and sensors is now manual, which means both a scaling issue and a risk of opinionated, rather than fact-based decisions. We see three roles emerging: the measuring of civil support, a sensor registry and the establishment of public/private partnerships.

The Hague wants to open-source and open access, to scale the Living Lab to the rest of the city, the region and (eventually) the world, voicing the voiceless by introducing new forms of democracy based on transparent data, where anyone and anything can contribute.

Work towards 10 prototypes during the Odyssey Hackathon.

Join and innovation accelerator like Odyssey, or join our ecosystem next year.