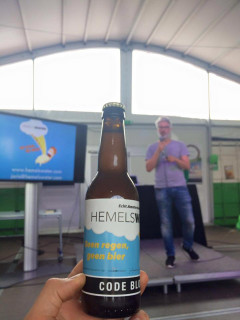 Besides taking on the heavy rainfall problem (rainproofing the city) we focus on making our products and the producers we work with circular.

Our goal is to let people take action to adapt to climate change and heavy rainfall(rainproofing). The ultimate goal is to go from awareness to really implementing rainproof measures. In the slipstream of this goal we also work on the most circular beer and brewery in cooperation with 'de Prael' in the world

This is very nice beer, got it from @richardhoving and it tasted awesome!