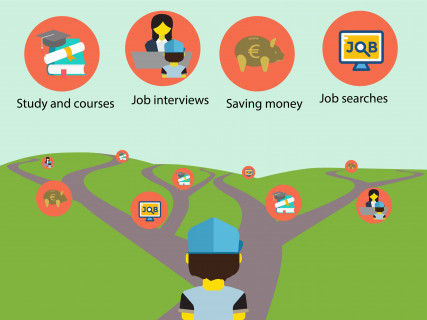 Labour Games is a European project in which we explore the possibilities of working with games and data in the field of labour. One of the highlights of the project is the game jam om 23 and 24 november in Amsterdam, where we will work on game prototypes. After this one or two games will be developed.

LABOURGAMES core element is a series of four GAME JAMS in the participating countries throughout 2017. These will develop 40 preliminary ideas for games. At least four of these game ideas will be part of a professional development process leading to four actual game products. In order to generate a broad impact, the games will then be played and tested at ANCHOR EVENTS in 2018, such as Game Festivals, Youth Gatherings of Trade Unions or professional fora.

Furthermore, an UN-CONFERENCE in Berlin in December 2016 and a RELEASE CONFERENCE in Rome in April 2019 will conclude the project.

Discover how can games be of value with challenges on the labour market.

LABOURGAMES is a project initiated and co-ordinated by the Berlin-based art association urban dialogues in close collaboration with anschlaege.de.

The European partner network within the framework of the Creative Europe Culture programme consists of Open State Foundation (NL), H.A.B.I.T. Research Group, University of Athens (GR) and Alternative Europee (IT).