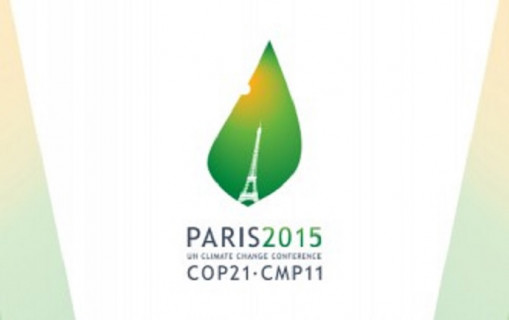 The Climate Conference COP21 sends a strong signal that government leaders have surpassed the ‘failure of Copenhagen’, although planning and implementation has to follow-up quickly. Especially since the current measures only support limiting global warming by 2.7 degrees, while the goal of 1.5 degrees is needed in order to prevent dangerous tipping points. So the one big question is how the promises of states are translated into practice? And critically, how the subsequent measures are financed? Now that a global political direction is set, we still cannot be too optimistic. A reality check is needed. Important issues like aid for developing nations and reductions of CO2 emissions in shipping and aviation are not solved yet. Leave aside that every state will respect its promise to the agreement. Also see this article of The Guardian for an interesting analysis of the key outcomes of the Paris Agreement.

What does this mean for the Amsterdam Metropolitan area?

The climate agreement will enter into force in 2020, however government leaders cannot take a break in the meantime. Looking at the fact that the current measures are insufficient for achieving the goal, we need to accelerate. And because about 70% of the world population will soon live and work in cities, it is crucial to take measures in those cities.

In the coming months, states will evaluate and discuss the meaning of the summit. During the Dutch EU presidency in the first half of 2016, the Netherlands will take the first steps in discussing the long process of transposing the Climate agreement into European law.

Though, what does the Paris agreement already signal to the urban region of Amsterdam? In rough guidelines, it confirms the way to decrease our dependence on fossil fuels and to scale-up and replicate sustainable and circular business cases.

In the past, states would usually claim that individual efforts to reduce their CO2 emissions would be ineffective if there was no global policy. That claim is not an excuse anymore, now that 190 states have made it compulsory to report their climate efforts and raise the bar of minimums higher every five years.

Europe is already dedicated for some years to the so-called horizon 20-20-20 goals. The goals for 2030 still have to be adopted, however they have to be drastically more ambitious in the light of the Paris Agreement. Successful innovation programs will probably continue in accelerated forms and should be supported with more finance. Innovation projects that aim at facilitating the energy transition, like the EU project City-zen in Amsterdam, need to offer the methodology and tools for replicating energy-efficient measures in European cities.

A clear example of such a measure is energy retrofit of buildings, often described as ‘low-hanging fruit’. However, in reality it is not that simple, because of the increased demand for energy-gulping appliances in homes. That is why user experiences and reactions to energy retrofit of buildings are just as important as technical improvements. National subsidies are not sufficient. We have to become smarter with our energy-use in the house. The inhabitants needs and wishes are central in planning these innovations. As a partner in the City-zen project the Economic Board will learn and share lessons for the coming four years on the topic of housing retrofit (about 700-900 homes) and in specific the monitoring of energy saving before, during and after. This will directly lead to comfortable homes with low energy billing and about 5000 tonnes of reduced CO2 emissions each year. And all of this happens in ordinary city neighbourhoods like Amsterdam New-West and Eco-Cité in Grenoble. By offering practical tools for the energy-transition, the City-zen retrofit is an example for cities all across Europe.

Furthermore, governments need to set-up financial and judicial mechanisms to accelerate the transition towards a carbon neutral economy. The largest share of the heavy workload will need to be in cities. In all kinds of sectors, people need to change their mind-set from linear to circular thinking in order to reduce waste and CO2 emissions. This offers opportunities for citizens, research institute, firms and municipality in the area.

For these players, the Amsterdam Economic Board will do its best. By focussing on the following five challenges: health, mobility, circular economy, digital connectivity and jobs of the future we look out for opportunities and solutions. Through our extensive network we can connect existing and new initiatives to sustainable opportunities in the area with on the horizon the goal to become the leading innovation area in Europe. At the MRA-congress of 18 February, the board presents its agenda. Please join us and discuss how to develop best practices in the city or become inspired at the Smart City Lab at the Marineterrein in Amsterdam, where you can also learn more about City-zen and other innovative projects.