Is Amsterdam ready for a "Social Credit Score"? 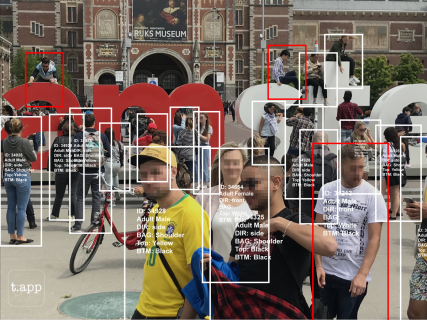 Next week, as part of We Make the City, we will be demonstrating some of the latest camera and object recognition technology and discuss the past, present and future of neighborhoods and how they relate to public data collected as a service solution vs a surveillance system.

Why are we doing this?

The Chinese social credit system (SCS) was rolled out in 2014 and is planned to be fully implemented by 2020. That means that more than 1.4 billion Chinese either are currently or will be registered and tracked within the next few years. The Chinese government claims to use the system to both regulate the economy and individual citizen behavior by monitoring “trustworthiness”. According to the policy "It will forge a public opinion environment where keeping trust is glorious. It will strengthen sincerity in government affairs, commercial sincerity, social sincerity and the construction of judicial credibility." The Chinese government gathers information about its citizens’ including facial recognition, online behavior, spending, travel, social interactions and more. It is using this big data to provide individuals a social score that if high leads to privileges, but if low restrictions or punishment such as slower internet, restricted borrowing, travel bans, lowered status in dating apps and yes even less toilet paper in public restrooms.

This isn’t a Black Mirror episode,. Research shows that more than 90% of people rely on online reviews, so why not people reviews? While the Chinese government is using SCS to encourage trustworthy behavior, private industry is also venturing into people reviews and ratings. One such company, Peeple, released an app that allows individuals to review friends, colleagues, babysitter, dates and even enemies. The idea of this app outraged many in 2015 when it was unveiled and it has struggled to gain followers, but it could be just a matter of time before social rating systems become a way of life… and is it really so different from China’s SCS?

What are the dangers of this type of social scoring? Perhaps more importantly, what are the implications of harnessing big data from our traditional public commons? We have long had CCTV cameras in many of our big cities, including Amsterdam, for security purposes, but now technology such as machine learning and artificial intelligence (AI) can use this data, combine it with other data and the use-cases are boundless. But the question is who will decide how this data should be used and when is it in the best interest of our citizens?

Good Intentions
They say history repeats itself and I cannot help but recall what happened here in the Netherlands…back in 1936 it became mandatory for each Dutch municipality to maintain a demographic record of its inhabitants and by 1939 everyone was required to carry a persoonskaart or a personal id card that contained information deemed important by the Nederland Bureau of Statistics including gender, age, religion, pollical party, heritage or “ethnic origins.” All of the information was stored centrally using, at the time, a technologically advanced “Hollerith punch-card” system. While the Dutch government collected and held the data for the best intentions, we all know what happened when Germany invaded and gained access to all of the centrally held data and processing power.

Fast forward 82 years and we no longer need personal identity cards when most of today’s cameras can recognize our faces in public and private domains. Should we be concerned? Is there a way to embrace technological advances for the “good” and somehow mitigate the risks? The famous historian, philosopher and author Yuval Harari said in his TedTalk that he “never underestimates human stupidity.” What I think he means by this is that history repeats itself in various ways and we often think it is a completely new situation, but it is often the same problem in a new context. For example there are lots of rights we rights we 21st century consumers will wave if we have to sacrifice convenience. The disruptive technology of today is a double-edged sword with wonderful potential to solve many of our world’s most pressing problems, but that potential also can, if we do not critically assess, have horrendous consequences. We, as citizens need to take responsibility and educate ourselves about what is happening in our increasingly complicated world. Unfortunately, it is as grave as it sounds. There is no reset button. It is our responsibility to make smart choices now for our future.