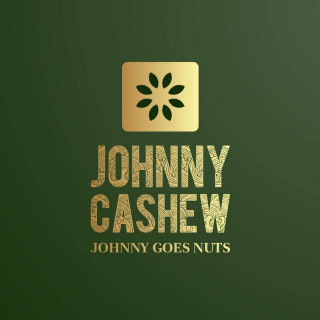 Be a superhero! Our cashew travel 12.500 km less than the cashew you will find in your local supermarket and they are better for the farmer, the environment and you.

Did you know that 90% of all cashew nuts travel 27.000 km before they end up at a store near you (3/4 the glove)? Did you know that Africa is the world largest producer, but that 90% of the nuts are being processed in Vietnam & India under harsh conditions, only to be shipped all the way back to the Netherlands?

But as soon as we realized this, we started this project: Johnny Cashew. We decided to ship cashew straight from Tanzania, while making sure the farmer and the local processor got a fair price. Also, we found a home for the broken cashew nuts that are normally cast aside: we started workshops in Amsterdam to turn them into bars, pasta and maybe also a dressing on your next ice cream :).
Part of our profits will go to planting new cashew trees in Tanzania: good for the farmer, the environment and your karma.

In other words: our nuts taste good, look good and do good!

To make the cashew market more fair and transparant, for all involved. The Nether=lands is the number one transport hub for cashews (we transship them to the rest of Europe), so these cashews better be good.

We will have workshops in town to work with (broken) cashews, turning these into pasta, dressing or bars. Furthermore we create a better environment

Puck Hoogenboom, Communication at Waag, posted about 4 hours ago

How can we move beyond closed technologies to empower citizens as active agents for environmental sensing? Waag Futurelab invites citizens to take the stage and engage in a dialogue with the government and open hardware makers. We will look into the possibilities of citizen-driven environmental measurement, citizen ownership of open data, and hardware design, like Waag did with SODAQ. This company allows you to measure air quality to address environmental issues in collaboration with your municipality.

Who should make the rules of participation and who benefits? Together, we will start to develop civic-public-private partnerships, addressing critical issues such as valorisation of open data, hardware and trust, as well as design, development and social diffusion of innovative solutions. During the panel talk, speakers from diverse concern and interest groups are invited to share their point of view on the topic. We will conclude with an inspiring tour of the Dutch Design Week exhibitions.

Access to the talk is free. We offer limited number of tickets for entry to DDW for the audience. For inquiries, please contact: natalia@waag.org