The app offers users a simple, yet effective way to manage their household waste more efficiently, as well as making sure the surrounding areas of their neighbourhood comply with waste management regulations too. Available on Google Play and Apple Store.

My Clean City App - How does it work?

My Clean City App - How To Report 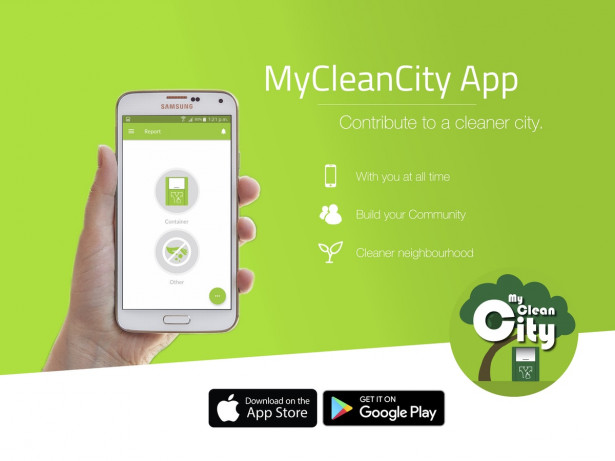 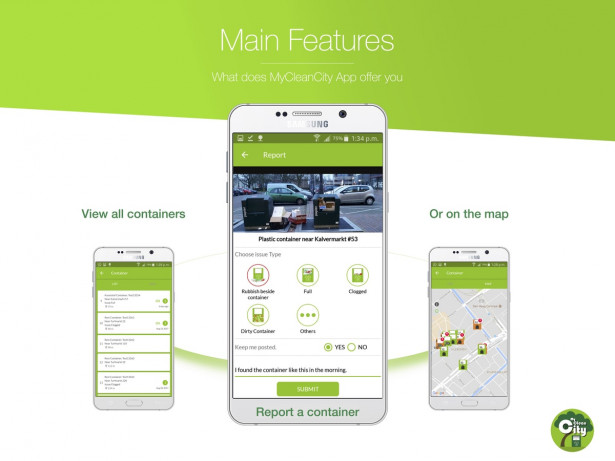 Keep track of MyCleanCity through our:

My Clean City bridges the gap between the municipality and residents in The Netherlands. The app offers users a simple way to manage their household waste, while making sure the surrounding areas of their neighbourhoods comply with waste management regulations.

It creates social consciousness by allowing users to report waste containers’ status, Is it clogged?, Is it full?, Is there rubbish around the container?, so that these situations are communicated to the municipality and dealt with efficiently. MyCleanCity aims to engage neighbourhoods into maintaining a cleaner city. Reporting containers is one of many features present in MyCleanCity App. The wellbeing of the city is also taken care of. Issues as broken playgrounds, broken streetlights, damaged road surfaces… can also be reported through the app. Residents are able to keep in touch through the forum and schedule when to visit their nearest waste container. Active users are rewarded with credits which they can redeem for coupons, adopt a tree in the city, or donate in their community.

After winning Start-Up In Residence 2016 My Clean City is a fully working app that bridges the gap between the municipality and residents in The Netherlands. In association with the city hall of The Hague, a pilot is taking place in Laak Kwartier (in The Hague), to then launch it the city centre.

MyCleanCity App has potential to be implemented in other Dutch and European cities. We are looking to expand horizons and connect with other parties, investors and corporations that have the same social consciousness interest as us. MyCleanCity is a means from which users can create social impact, and we believe this is very important to build upon. A collaborative society is crucial to create a better coexistence between residents in any city.

MyCleanCity App enables effective social communication within big cities. Many cities in the Netherlands use underground waste containers, many of which are not being used properly by residents, resulting with rubbish on the streets. Now users can directly report issues to the Municipality and notify their neighbours to prevent more clutter around the containers. Ultimately cleaning the city with just a few taps. Not only this, but it involves all stakeholders (residents & municipalities) under one common ground allowing efficient and effective communication, so issues can be taken care of immediately.