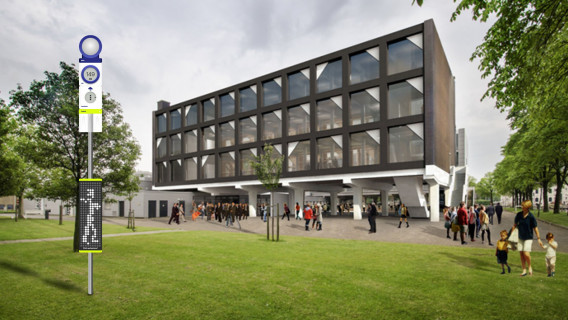 City officials require sensor data to optimize operations, plan projects, or measure effects of interventions. Citizens often do not notice the sensors deployed by the City in public space. Also, the benefit for the public is not directly obvious to city residents or immediately shown by the sensing systems in place. Namely, in many cases only after data is processed, it informs an action that affects citizens.

Public concerns about sensors are often connected to concerns about potential action (to be taken by, for example, city officials), and that the action has negative implications. With ‘Simple Sensors’ we address these concerns.

The Simple Sensors project, which is part of the Responsible Sensing Lab, investigates these questions: What if sensors are designed to be seen? What if they communicate clearly what data they collect and how? And what if sensors invite you to interact with them?

Modules for responsible and ‘simple sensing’
Simple Sensors consists of a family of modules, designed by The Incredible Machine, that can be combined: some modules improve transparency over what data is being collected, other modules encourage interaction, and some modules just make it understandable how sensors work. The Simple Sensors family allows the City of Amsterdam to design sensors to fit any context or purpose.

A privacy friendly alternative for CCTV
The first Simple Sensor prototype called millimeter wave (mmWave) has been developed as a proposal for the City’s crowd management sensor at the Marineterrein Amsterdam Living Lab. It consists of four modules: 1) sensor module 2) transmission module, 3) data module, 4) threshold module... Continue reading about the project on our website >>