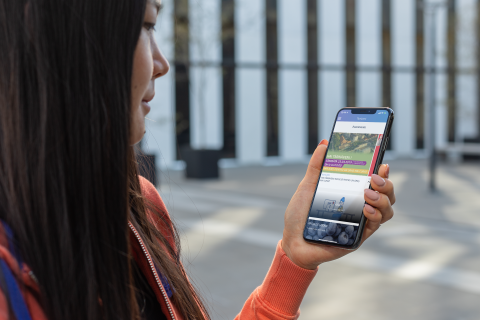 With this application, we want to facilitate communication between citizens and the city hall. We want citizens to be actively involved in city development and problem solving by reporting issues directly through the application. The city hall can keep citizens informed about the infrastructure works that are taking place through constant updates. We also managed to eliminate a huge parte o birocracy through ANA, the only virtual public official based on artificial intelligence from Romania, it provides useful information to users about the services offered by public institutions. The application also supports local economics by enabling companies to list their vacancies jobs in the application, as well as promoting local products through a special section. The application wants to improve the cultural activity of the city so we constantly announce users about the cultural events that take place.

Reinventing communication methods through digitalisation of society through innovation and technology.

The next step is to

I'm glad to announce that the ios version is now available

Thank you for your interest! Yes, at the moment the application is only in Romanian because it addresses the community of Tarnaveni City, Romania. The app is already launched for Android devices (soon for iOS), and the feedback is great. The project has so far achieved its intended purpose for the existing users. We are currently working on promoting the application amongst citizens.

Hi Robert, great initiative and thanks for sharing!
Unfortunate my knowledge of the Romanian language is not that strong :)
Would like to hear how you run the project and when and how you validated the app.