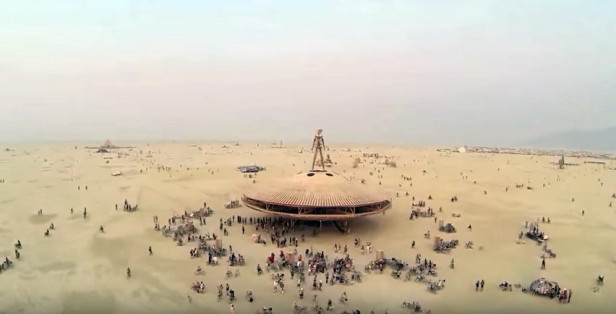 Into flying robots? Well, Eddie Codel is your man! Eddie is a San Francisco based live video producer, aerial filmmaker and drone nerd. He is well-known for his amazing Burning Man drone shots and resides online at Eddie.com.

He is also the founder of the Flying Robot International Film Festival (FRiFF). FRiFF is the world's premier open competitive film festival focused on aerial cinema created from the perspective of drones. The second edition will be held in October 2016 in San Francisco.

For this special evening Eddie curated a mixed program of the best films of FRiFF 2015 plus a few submissions for this year’s festival that will be held in October 2016. He might even throw in some of his recent personal favourites...