From Spiritual Values to Effective Action with John Marks 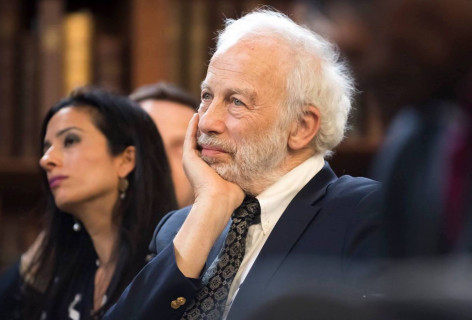 During this masterclass, Search for Common Ground founder John Marks will provide a practical framework for social entrepreneurship, starting from values and vision and moving into effective action.

The ideas presented will draw from the extensive experience of New York Times best-selling author John Marks as a social entrepreneur, as well as from the wisdom of participants. The goal will be to lead participants through the possibilities that abound when they grasp their inner potential to make a difference and carry out the work that the world so badly needs.

The masterclass has been designed for both professionals and those just starting, as well as for people interested in expanding their effectiveness as activists. It will be interactive and multi-media, and it will cover the basic operating principles of successful social entrepreneurship. There will be a strong emphasis on fundraising.

John Marks is a New York Times best-selling author who was awarded an honorary doctorate by the UN’s University of Peace. He is both a Skoll Awardee and a Senior Ashoka Fellow. John is a social entrepreneur who founded Search for Common Ground (SFCG) and headed it for 32 years. He and Susan Collin Marks, his wife and SFCG’s former executive vice president, built the organisation into the largest peacebuilding NGO in the world with 600 staff members and offices in 35 countries. SFCG was nominated for the 2018 Nobel Prize.

In this inspiring masterclass, you will

- Understand the basic operating principles of social entrepreneurship
- Move toward becoming an applied visionary, able to start from vision and move into world-changing action
- Learn about the challenges of building a global enterprise for good