12. Ethical principles and applications of digital technology: Internet of things, robotics, and biometrics 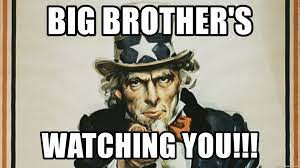 In the 12th and 13th episode of the series Better cities: The contribution of digital technology, I will use the ethical principles from the 9th episode to assess several applications of digital technology. This episode discusses: (1) Internet of Things, (2) robotics and (3) biometrics. Next week I will continue with (4) Immersive technology (augmented and virtual reality), (5) blockchain and (6) platforms.

These techniques establish reciprocal connections (cybernetic loops) between the physical and the digital world. I will describe each of them briefly, followed by comments on their ethical aspects: privacy, autonomy, security, control, human dignity, justice, and power relations, insofar relevant. The book Opwaarderen: Borgen van publieke waarden in de digitale samenleving. Rathenau Instituut 2017 proved to be valuable for this purpose. Rathenau Institute 2017.

The Internet-of-Things connects objects via sensors with devices that process this data (remotely). The pedometer on the smartphone is an example of data collection on people. In time, data about everyone's health might be collected and evaluated at distance. For the time being, this mainly concerns data of objects. A well-known example is the 'smart meter'. More and more household equipment is connected to the Internet and transmits data about their use. For a long time, Samsung smart televisions had a built-in television camera and microphone with which the behavior of the viewers could be observed. Digital roommates such as Alexa and Siri are also technically able to pass on everything that is said in their environment to their bosses.

Machines, but also trains and trucks are full of sensors to monitor their functioning. Traffic is tracked with sensors of all kinds which measure among many others the quantity of exhaust gases and particulate matter. In many places in the world, people are be monitored with hundreds of thousands CCTV’s. A simple signature from American owners of a Ring doorbell is enough to pass on to the police the countenance of those who come to the front door. Orwell couldn't have imagined.

Privacy
Internet of Things makes it possible to always track every person, inside and outside the home. When it comes to collecting data in-house, the biggest problem is obscurity and lack of transparency. Digital home-law can be a solution, meaning that no device collects data unless explicit permission is given. A better solution is for manufacturers to think about why they want to collect all this data at all.
Once someone leaves the house, things get trickier. In many Dutch cities 'tracking' of mobile phones has been banned, but elsewhere a range of means is available to register everyone's (purchasing) behavior. Fortunately, legislation on this point in Europe is becoming increasingly strict.

Autonomy
The goal of constant addition of more 'gadges' to devices and selling them as 'smart' is to entice people to buy them, even if previous versions are far from worn out. Sailing is surrounded by all of persuasive techniques that affect people's free will. Facebook very deftly influences our moods through the selection of its newsfeeds. Media, advertisers, and companies should consider the desirability of taking a few steps back in this regard. For the sake of people and the environment.

Safety
Sensors in home appliances use to be poorly secured and give cybercriminals easy access to other devices. For those who want to control their devices centrally and want them to communicate with each other’s too, a closed network - a form of 'edge computing' - is a solution. Owners can then decide for themselves which data may be 'exposed', for example for alarms or for balancing the electricity network. I will come back to that in a later episode.

Control
People who, for example, control the lighting of their home via an app, are already experiencing problems when the phone battery is empty. Experience also shows that setting up a wireless system is not easy and that unwanted interferences often occur. Simply changing a lamp is no longer sufficient to solve this kinds of problems. For many people, control over their own home slips out of their hands.

Power relations
The digital component of many devices and in particular the dependence on well-configured software makes people increasingly dependent on suppliers, who at the same time are less and less able to meet the associated demand for service and support.

Robotics is making its appearance at great speed. In almost every heart surgery, robotics is used to make the surgeon's movements more precise, and some operations are performed (almost) completely automatically. Robots are increasingly being used in healthcare, to support or replace healthcare providers. Also think of robots that can observe 3D and crawl through the sewage system. They help to solve or prevent leakages, or they take samples to detect sources of contamination. Leeds aims to be the first 'self-repairing city' by 2035. ‘Self-driving' cars and metro trains are other examples. Most warehouses and factories are full of robots. They are also making their appearance in households, such as vacuum cleaners or lawnmowers. Robots transmit large amounts of information and are therefore essential parts of the Internet of Things.

Privacy
Robots are often at odds with privacy 'by design'. This applies definitely to robots in healthcare. Still, such devices are valuable if patients and/or their relatives are sufficiently aware of their impact. Transparency is essential as well as trust that these devices only collect and transmit data for the purpose for which they are intended.

Autonomy
Many people find 'reversing parking' a problem and prefer to leave that to robotics. They thereby give up part of their autonomous driver skills, as the ability to park in reverse is required in various other situations. This is even more true for skills that 'self-driving' cars take over from people. Drivers will increasingly find themselves in situations where they are powerless.
At the same time, robotics is a solution in situations in which people abuse their right to self-determination, for example by speeding, the biggest causes of (fatal) accidents. A mandatory speed limiter saves untold suffering, but the 'king of the road' will not cheer for it.

Safety
Leaving operations to robots presupposes that safety is guaranteed. This will not be a problem with robotic lawnmowers, but it is with 'self-driving cars'. Added to this is the risk of hacking into software-driven devices.

Human dignity
Robots can take over boring, 'mind-numbing' dangerous and dirty work, but also work that requires a high degree of precision. Think of manufacturing of computer chips. The biggest problems lie in the potential for job takeovers, which not only has implications for employment, but can also seriously affect quality. In healthcare, people can start to feel 'reified' due to the loss of human contact. For many, daily contact with a care worker is an important instrument against loneliness.

Biometrics encompasses all techniques to identify people by body characteristics: iris, fingerprint, voice, heart rhythm, writing style and emotion. Much is expected of their combination, which is already applied in the passport. There is no escaping security in this world, so biometrics can be a good means of combating identity fraud, especially if different body characteristics are used.
In the US, the application of facial recognition is growing rapidly. In airports, people can often choose to open the security gate 'automatically’ or to stand in line for security. Incode, a San Francisco startup, reports that its digital identity recognition equipment has already been used in 140 million cases by 2021, four times as many as in all previous years combined.

Privacy
In the EU, the privacy of residents is well regulated by law. The use of data is also laid down in law. Nevertheless, everyone's personal data is stored in countless places.
Facial recognition is provoking a lot of resistance and is increasingly being banned in the public space in the US. This applies to the Netherlands as well.
Biometric technology can also protect privacy by minimization of the information: collected. For example, someone can gain access based on an iris scan, while the computer only checks whether the person concerned has authorization, without registering name.
Cyber criminals are becoming more and more adept at getting hold of personal information. Smaller organizations and sports clubs are especially targeted because of their poor security. If it is also possible to obtain documents such as an identity card, then identity fraud is lurking.

Safety
Combining different identification techniques as happens in passports, contributes to the rightful establishing someone's identity. This also makes counterfeiting of identity documents more difficult. Other less secured documents, for example driver's licenses and debit cards, can still be counterfeited or (temporarily) used after they have been stolen, making identity theft relatively easy.

Human dignity
The opposition to facial recognition isn't just about its obvious flaws; the technology will undoubtedly improve in the coming years. Much of the danger lies in the underlying software, in which bias is difficult to eliminate.
When it comes to human dignity, there is also a positive side to biometrics. Worldwide, billions of people are unable to prove who they are. India's Aadhar program is estimated to have provided an accepted form of digital identity based on biometrics to 1.1 billion people. The effect is that financial inclusion of women has increased significantly.

Justice
In many situations where biometric identification has been applied, the problem of reversed burden of proof arises. If there is a mistaken identity, the victim must prove that he is not the person the police suspect is.

To be continued next week.

The link below opens an overview of all published and future articles in this series. https://www.dropbox.com/s/vnp7b75c1segi4h/Voorlopig%20overzicht%20van%20materialen.docx?dl=0

Herman, this is a very thorough essay of about the ethics mixed with iot for cities. Thank you!