Meet the members of Amsterdam Smart City! Dirk Dekker: ‘There’s a connection between all of the individual elements that make a city what it is’ 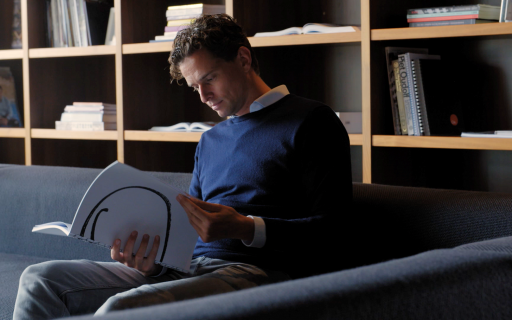 Dirk Dekker is the co-founder and CEO of Being, a real estate developer that develops sustainable environments with the context of these environments in mind.

We’re not content to simply discover a location to build on; there has to be a need for us to add a positive impact too. For us, this means adopting a holistic approach to projects based on four impact pillars: personal impact, public impact, ecological impact and economic impact. We research each site’s history and talk to various people: an environmental psychologist or city biologist, for example. We interview stakeholders: future users and local residents and organisations. As you might expect, we put together a business case as well.

As I see it, the different perspectives don’t result in concessions but in the creation of more value, which isn’t always possible to express in euros. One good example of this is YOTEL, a hotel we developed in the up-and-coming Buiksloterham urban district in Amsterdam. Interviews showed that neighbours wanted to see more public green spaces and accessible hospitality. We listened and made sure both were included in our design. The hotel has integrated into the neighbourhood well, from both a social and sustainable point of view. We also ‘greened’ the rear façade of The Pavilion office building in the Zuidas business district, because it faces a graveyard. It’s important for people, planet and profit to be in balance.”

Biophilic design
“I’m inspired by the Bjarke Ingels Group (BIG) philosophy on architecture too. BIG does research to design well in extreme conditions—in the dessert or on the moon, for example. By carefully considering the context, it becomes possible to design something that complements the environment in question. Add nature into the equation and you have what is referred to in the industry as ‘biophilic design’. Mother Nature’s research department has far more experience than all the rest of us put together, so there’s a huge amount for us to learn from.

My ideal city is one with views that extend beyond the four years of a political term of office. It’s a place where residents are involved in decision-making, which is very achievable given the amazing digital resources at our disposal today in 2021. For example, I live in Amsterdam-West, where residents have been asked to vote on the € 300,000 our urban district has to spend on green and social initiatives suggested by citizens. That’s how you create a city together.”

Networks
“Green needs to be added not just next to buildings but on and in them too. And not just in stiff flowerbeds or like a green wallpaper of sorts; a far more natural approach is vital. Trees and plants communicate with and learn from each other via underground nature networks. Our job is to make sure this is possible in urbanised environments. The Fantastic Fungi Netflix documentary is a really useful programme to watch on this subject.

There’s a connection between all of the individual elements that make a city what it is. I would like to see politicians and the business sector immersing themselves in these networks far more and also looking very closely at everything happening on platforms like Amsterdam Smart City. Networks like this are essential for the future of our city and for connective growth.”

If you’d like to get in touch with Dirk, you can find him on this platform.

This interview is part of the series 'Meet the Members of Amsterdam Smart City'. In the next weeks we will introduce more members of this community to you. Would you like to show up in the series? Drop us a message!

Interview and article by Mirjam Streefkerk