Project in Amsterdam by Doede Bardok , Project manager at City of Amsterdam .
Posted on October 10th 2018

Optimal use of our electricity grid 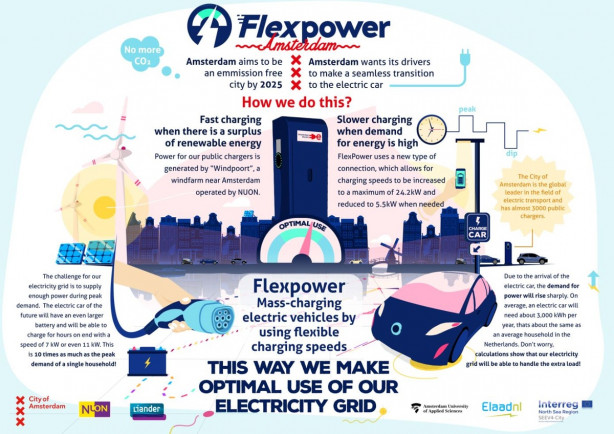 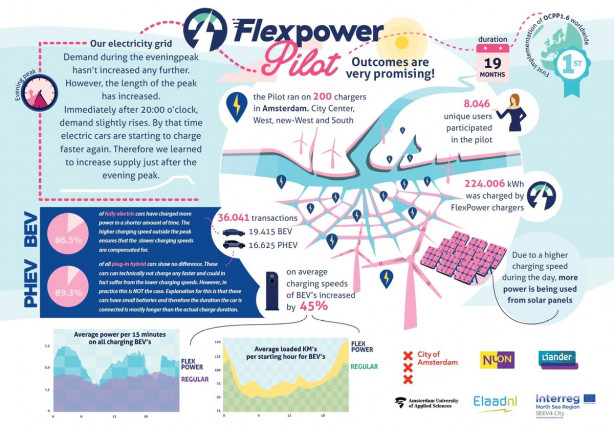 The city of Amsterdam is preparing together with Nuon/Vattenfall, Liander and ElaadNL for an expected increase of electric cars in the city and the use of more locally generated renewable energy. In March 2017 Amsterdam began with 'flexible charging' of electric cars on the public charging network. The main goals are to avoid peakloads on the electricity grid and match supply and demand of sustainable power. The city of Amsterdam wants to stimulate electric mobility by the roll-out of a futureproof and smart public charging network and become emission-free in 2025.

Some first results:
86,5 % of fully electric cars have charged more power in a shorter amount of time. The
higher charging speed outside the peak ensures that the slower charging speeds
are compensated for.

89,6% of all plug-in hybrid cars show no difference. These cars can technically not charge any faster and could in fact suffer from the lower charging speeds. However, in
practice this is NOT the case. Explanation for this is that these cars have small batteries and therefore the duration the car is connected is mostly longer than the actual charge duration.

Due to a higher charging speed during the day, more power is being used from solar panels.

The first results of the project are promising. Cooperation is being continued and we are looking at the opportunity for scaling up!

Rolling out a smart and future-proof public charging network

Flex Energy is exactly the topic of flexcon2018.eu, 26 & 27 November in Brussels. More than 30 talks and workshops on smart energy, all international. https://flexcon2018.eu/talks-workshops/