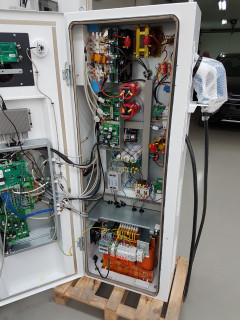 Vehicle2Grid technology stands for the possibility to use the battery of an electric vehicle to charge at times when there is congestion in the grid and to feed the electricity back to the grid at a later stage.

Check the article about Vehicle to Grid featured in our online magazine 'Smart Stories': 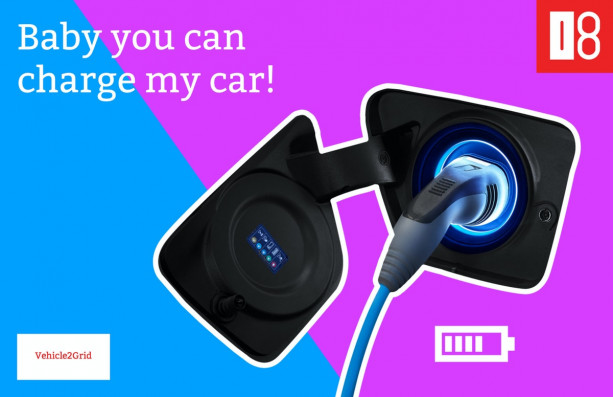 City-zen partner Alliander will test vehicle-to-grid technology in a demo environment in Amsterdam.

The supply of solar power is growing rapidly. That is great news as our daily energy demand is increasing too. We could however benefit even more from this growing supply if we would be able to store the generated electricity in times of overproduction. Electric vehicles offer great storage potential.

Vehicle-to-grid (V2G) technology enables electric cars to be used as temporary batteries, in addition to their use as vehicles. By using smart algorithms, the car can be used to supply power to households or take up surplus energy. All of this will happen in the time period in which the car is at the charger without a direct urgency to fill the battery for driving the car. With the average parking time at 14 hours, of which only 2 to 3 hours are needed to fill the battery for driving, there is a lot of capacity to use for temporary storage. Additionally, the available capacity can become large enough to prevent unbalance in the electricity grid in times of overproduction or high consumption. In the demo environment in Amsterdam eleven bi-directional chargers will be installed in the period december 2017- march 2018, both on the street and at office buildings. They will be available for two years, which is the period their effect will be tested by Alliander.

We aim to understand the potential impact of V2G charging on the grid, in addition to or in remplacement of other forms of charging and energy storage. We are also looking for insights in the possibilities to keep locally produced solar energy in the neighbourhood and want to make a first estimation of the value of this technology for the customer, the charge point operator and the grid company.

At the end of our monitoring period of 2 years we will write a report on our analysis of the performance of the chargers and we will extrapolate this performance to future scenario's. If this technology turns out to be a good alternative for, or addition to, regular charging it is likely that Amsterdam and Alliander will investigate the time schedule needed to further grow the presence of V2G in the charge point landscape.