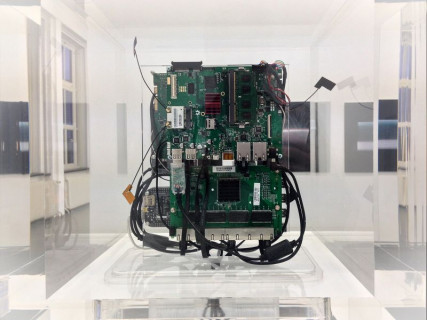 How can creative skills - art, design and technological culture - develop independently over an industrial and techno-optimistic logic? This evening is an introduction to Critical Making with presentations by Florian Cramer, Letizia Chiappini, Shailoh Phillips. Moderation by Lucas Evers.

The entrance fee is € 5,- incl. a drink. This evening is in English.

Programme
Introduction by Florian Cramer, specialized in the change of artistic disciplines in the 21st century. Globalization and the influence of new media fundamentally cast doubt on the systems of 'art' and 'design' in Western culture of the 19th and 20th century: for example through new forms of visual culture and the elimination of traditional frameworks of ownership and authorship. The focus of his research is on the transformation of autonomous art practices and of publishing in the post-digital era.

Letizia Chiappini of the University of Amsterdam and the University of Milan will present her research on urban change as a result of contemporary form of capitalism and the so-called sharing economy in relation to the meaning of so-called maker culture. In it she will address the question: 'What is the economy of Critical Making?'.

Shailoh Phillips, one of the researchers of the project, invites the audience to a session of 'unmaking', 'dismantling', disassembling, breaking up, deconstructing things, to create a different understanding about it. A session that is related to a motto derived from the Maker Manifesto: 'If you can not open it, you do not own it'. An activity that questions the provenance, ownership and manufacturing process of utensils.

The evening is moderated by Lucas Evers of Waag.

What the project aims at is introduced by Florian Cramer. Cramer also looks ahead to the programme of the first symposium that the project organizes and that will take place on May 8 and 9 at West Den Haag, in the former American Embassy. The focus of the first symposium will be on the concept of 'Making' and the questions surrounding it, where the next symposium will focus much more on questions about the concept 'Critical' and criticality.