Amsterdam gets a cycle mayor 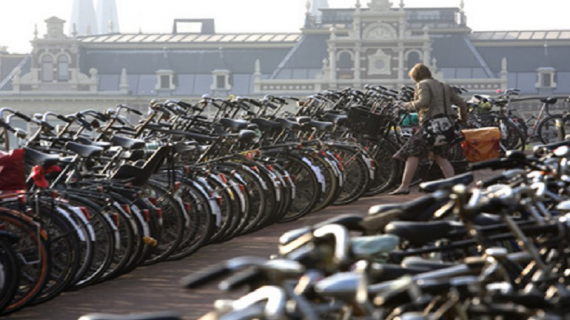 The ambition is to make it global, but Amsterdam is kicking off: the city gets a cycle mayor.

The ambition is to make it global, but Amsterdam is kicking off: the city gets a cycle mayor on June 24. He or she becomes the link between the cyclists in the city and the municipality of Amsterdam during the next two years. According to Maud de Vries of CycleSpace this mayor becomes 'the voice of the cyclists at City Hall'.

CycleSpace is a new organization that will promote cycling in the capital and put innovations in motion. The arrival of the cycle mayor, following the example of the night mayor, is step one in these plans. It’s possible for foreign cities to visit 'bike laboratory’ Amsterdam and take advantage of the Dutch knowledge and expertise.

CycleSpace will also devise solutions for parking of bicycles and organize cycling lessons for foreign visitors. People from Amsterdam can apply from 1 May onwards. The first cycle mayor will be inaugurated by Mayor Eberhard van der Laan on June 24. After Amsterdam, CycleSpace wants to help other cities like Beijing, Chicago and Cape Town to get a cycle mayor. Read more information. Read moreinformation.