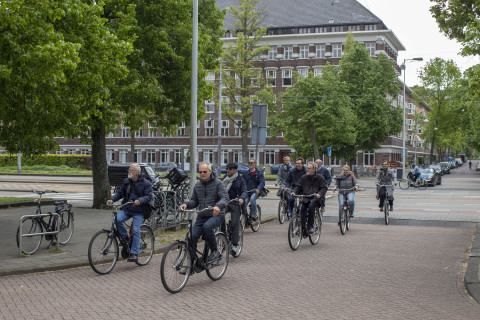 On May 9, Amsterdam Smart City hosted a municipal delegation from Leverkusen, Germany which was led by Mayor Uwe Richrath. The City of Leverkusen is currently developing its "Mobility Concept 2030+” — a strategic vision for how people and goods will move around their city in the future. To add to the municipal leaders knowledge, the delegation participated in Amsterdam Smart City’s Mobility Experience.

On May 9, Amsterdam Smart City hosted a municipal delegation from Leverkusen, Germany which was led by Mayor Uwe Richrath. The City of Leverkusen is currently developing its "Mobility Concept 2030+” — a strategic vision for how people and goods will move around their city in the future. To add to the municipal leaders knowledge, the delegation participated in Amsterdam Smart City’s Mobility Experience.

“We have taken a lot of interesting facts, especially that change cannot be ordered by the administration and politics. It has to come from the people, which only works with very intensive public participation. The visit reassured us that we are on the right path to developing a vision for the future of mobility in Leverkusen in close consultation with citizens and stakeholders.”
— Uwe Richrath, Mayor Leverkusen Germany

The delegates were particularly interested in the process by which Amsterdam Smart City brings together various public and private stakeholders, and how it engages with citizens.

Throughout the day, the group met with various experts, including Dirk de Jager, district alderman for Amsterdam South-east who explained how Amsterdam transitioned from being car-oriented to a more sustainable mobility system by reallocating space from cars to bicycles. Dirk also introduced Amsterdam’s planned mobility policies through 2025, for instance the elimination of 10,000 parking places within the ring road of Amsterdam.

Sjors van Duren, from Royal Haskoning, was particularly inspiring, sharing examples and best practices from smaller municipalities in the Netherlands and Germany which the delegates could relate to. 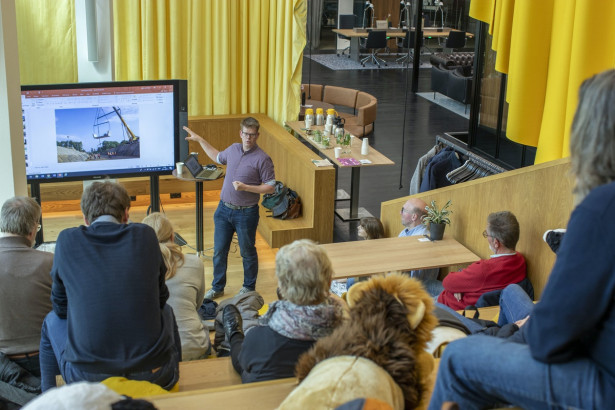 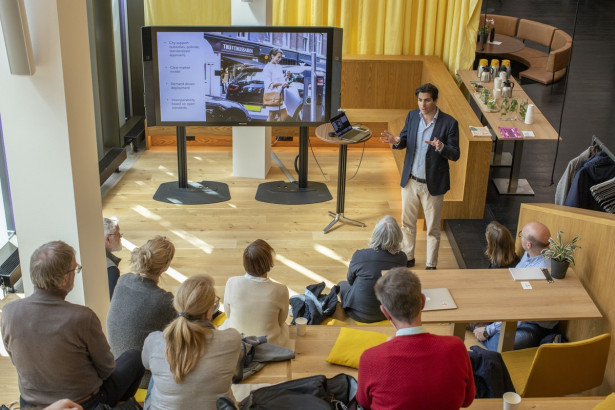 le EV-Box is playing in transitioning Amsterdam to a zero-emission future, as the City of Amsterdam will ban diesel and gasoline vehicles by 2030. Joris explained some of the key mechanisms and policies the City is using to implement this vision and how this will be done in an incremental way and in consultation with various stakeholders.

The delegation also met with Maarten Woolthuis, co-founder of BYCS who explained the role of the Bicycle Mayor program in shifting public perspectives and giving cyclists a voice in Amsterdam as well as internationally.

At the end of the day the delegates reflected on the most important lessons they would be taking back to Leverkusen:

When asked about the highlight of the day, most delegates agreed the bicycle tour led by Marjolein de Lange, cycling planning consultant, was an eye-opening and inspiring way to experience best practices and innovations first hand. 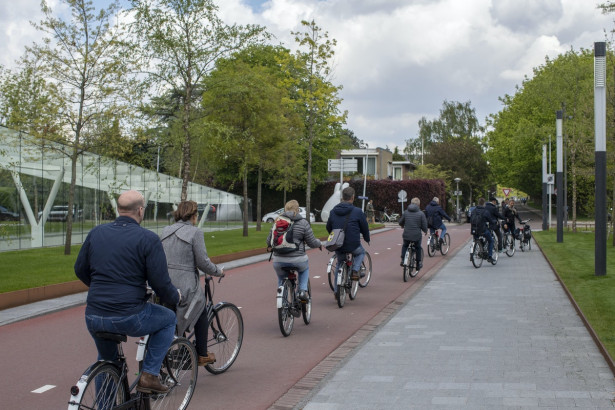 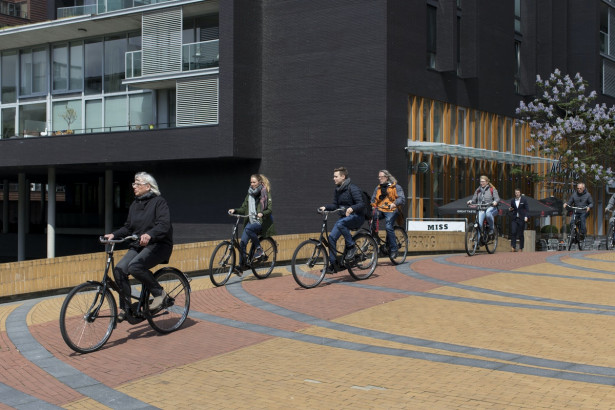 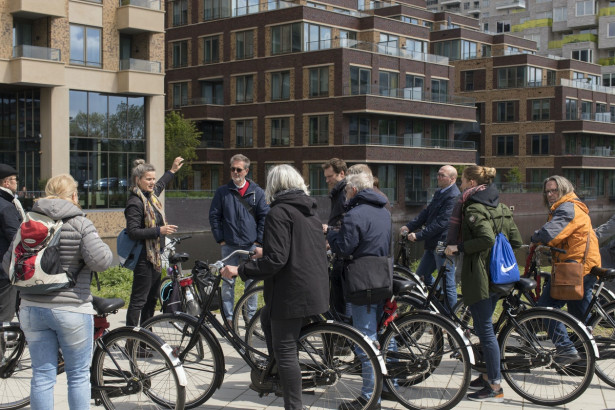 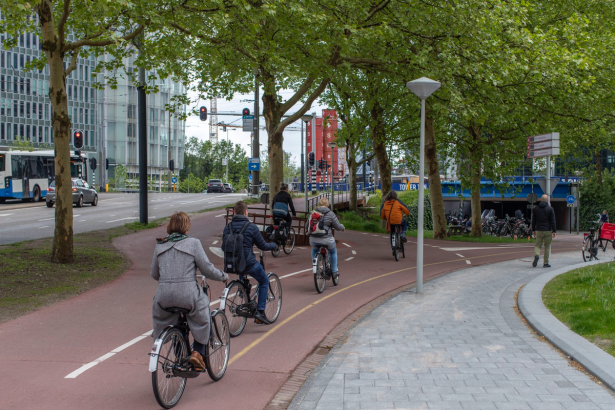 Hi Annarita, Amsterdam Smart City receives a lot of requests from intentional delegations interested in exchanging experiences and learning from Amsterdam. We operate the program on a cost-recovery basis. The program supports visiting delegations with knowledge acquisition and in some cases we see new collaboration and business opportunities emerge. The program is also an effective way to learn from other cities and their innovative approaches. I hope this answers your question, otherwise please reach out via cornelia@amsterdamsmartcity.com and I will be happy to provide further clarifications.

Greetings and thanks for sharing! is there a scheme/business model that has been followed? any relevant and direct benefit of any specific project developped within this frame? thank you for your time.

Thanks for sharing the insights!