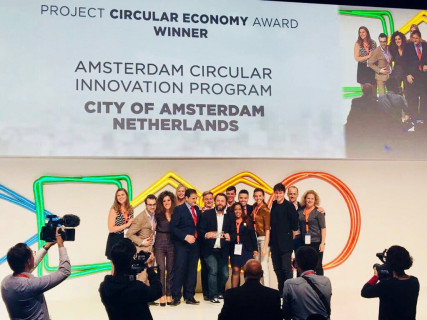 The World Smart City Awards seek to reward pioneering projects, ideas and strategies that promote sustainable urban development around the globe. It is the first time the prize for circular economy was awarded and it is one of the seven categories of awards covering some of the key smart city issues. There were 309 entries from 58 countries around the world in the race.

In 2015, Amsterdam was the first city in the world to investigate the chances of a circular economy. Research shows that a circular economy creates news businesses, has a positive economic impact and contributes directly to a sustainable society. Based on research and market consultation the City of Amsterdam started a circular program that consists of two complementary components: Amsterdam Circular, learning by doing, with 23 municipal projects, and the Circular Innovation program 2016-2018, with the most important innovations and developments in circularity of partners in the city. Key words of the programs are: ‘providing complete evidentiary’ and ‘learning by doing’. In the implementation, the municipality works closely together with circular entrepreneurs, for example through the Amsterdam Smart City network. . Early next year both of the programs will be evaluated. The recommendations resulting from this will given to the next College of Alderpersons of the City of Amsterdam.

The Smart City Expo World Congress is an annual recurring event that stimulates the exchange of knowledge and collaboration between cities throughout the world. The congress is a meeting place for governments, companies and research centers. The seventh edition, which takes place from 14 until 16 November in Barcelona, draws a record number of more than 700 cities, 600 exhibitors and 420 speakers from around the world. The last edition had more than 16.000 visitors. This year a large Dutch delegation will be present, consisting of municipalities - including Amsterdam – research institutions and large companies as well as promising innovation start ups and SMEs. This collaboration stems from the NL Smart City Strategy, which was offered to Prime Minister Rutte. 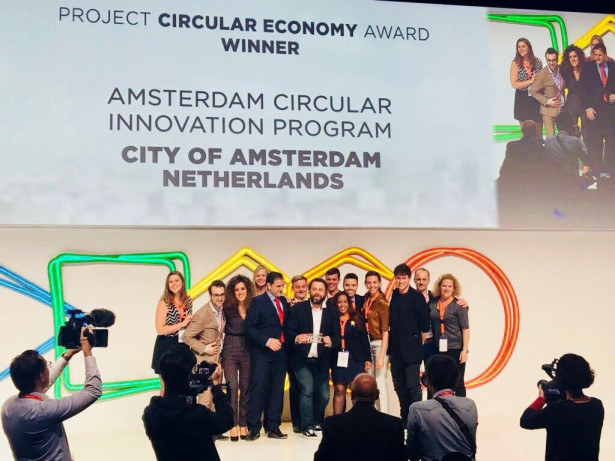