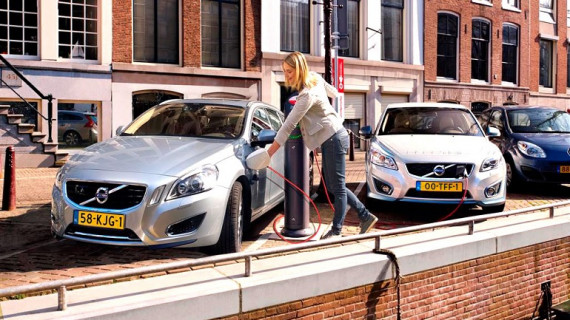 Amsterdam wants to have 4000 charging points throughout the city in 2018. Nuon and Heijmans are assigned to make this happen.

During the past five years about 1500 public charging points were placed. Monthly more than two million kilometers are driven by electric cars, loaded in more than 30.000 charges.

Aldermen Abdeluheb Choho states: ‘The air in Amsterdam needs to be cleaner, for the health of all people living in Amsterdam and the livability of the city. This step shows that electric driving in Amsterdam begins to grow and in 2025 everyone has to drive emission-free’.

The electric power from the charging points is generated by Windpoort, a wind farm owned by the Windgroup Holland and Nuon in the western port of Amsterdam.