No city wants to be dumb! 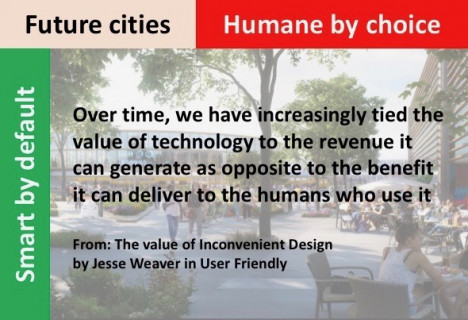 In 18 short essays, I will investigate aspects of the humane city and which technologies and data can contribute to their development. The development of a humane city does not happen on its own: It is a choice that requires a lot of effort. Once this choice has been made, deploying smart technology is obvious. After all, which city wants to be dumb?! That is why the leitmotif of this series is 'Future cities: Smart by default. Humane by choice'.
The essays will be published in a two - three week frequency in English and in Dutch and announced here.