Open collective cooperates to create a liveable urban area for all 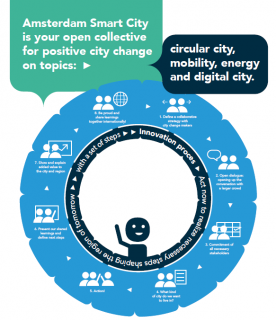 Amsterdam, 21 June 2018 – Today, deputy mayor Touria Meliani, responsible for Arts and Culture and Digital City for the City of Amsterdam, gave the start signal for the next phase of Amsterdam Smart City. Over the coming four years 18 partners, including Ger Baron, CTO of the City of Amsterdam; Pallas Agterberg, Strategic Director at Alliander; and Nina Tellegen, Director of the Amsterdam Economic Board, will work together.

Amsterdam Smart City is an open collective of citizens, businesses, knowledge institutions and public authorities that are convinced that the changes necessary for the city and region to move forward, can only be achieved through collaboration. Pooling brainpower, skills and networks will enable us to develop better streets, neighbourhoods and cities. Together we will address the most important transitions, mobility, digitisation, energy and the circular economy, we’re facing today.

During this new phase for Amsterdam Smart City, more partners than ever are pooling their networks, knowledge and skills. This approach helps us take control and shape the future of the region together. Anybody living in, visiting to or working in the city and its surroundings will be engaged in these urban challenges through demo days, interaction in the online community and offline events.

One of the partners, the Smart City Academy at the Amsterdam University of Applied Sciences (Hogeschool van Amsterdam) explains, "We want to strengthen the knowledge of Smart City professionals. Amsterdam Smart City’s open collective is an appeal to everyone to contribute proactively to a liveable city and region. Through interaction on the platform, www.amsterdamsmartcity.com, we invite you to work together with companies, knowledge institutes, local and regional government institutions, and share knowledge and experience.

The following partners have expressed their intention to work together in the new partnership:

Amsterdam Smart City (ASC) was established in 2009. It stimulates a unique partnership between businesses, governments, knowledge institutions and Amsterdam residents. ASC believes in the importance of cooperation for establishing a futureproof and liveable city, which puts users of the urban area first. The collaboration has grown into an online community with more than 5,000 innovators and 300 partners actively involved on more than 250 projects. 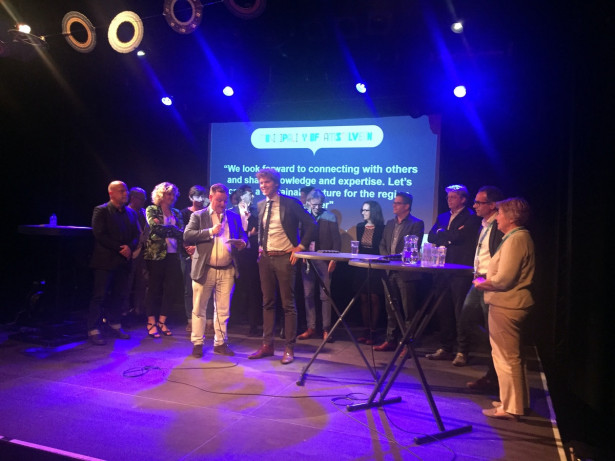