Week of the Circular Economy #4: the Zwerfinator 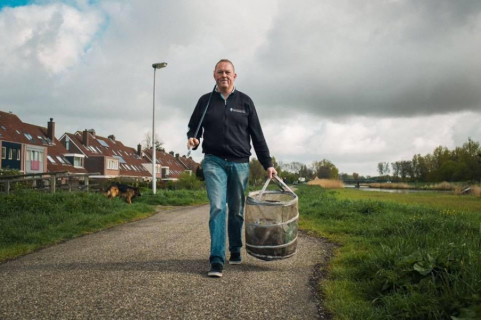 Throughout the week of the Circular Economy, we are shining a spotlight on inspiring sustainable initiatives in the Netherlands. Joining forces with startups, social entrepreneurs, creative professionals, leading companies, and forward thinking governments, to showcase what a circular economy can look like. Meet the pioneers, learn from them and get inspired! Next up is Dirk Groot. Profession: superhero - fighting litter and plastic soup with his Zwerfinator movement.

Throughout the week of the Circular Economy, we are shining a spotlight on inspiring sustainable initiatives in the Netherlands. Joining forces with startups, social entrepreneurs, creative professionals, leading companies, and forward thinking governments, to showcase what a circular economy can look like. Meet the pioneers, learn from them and get inspired! Next up is Dirk Groot. Profession: superhero - fighting litter and plastic soup with his Zwerfinator movement.

So, Dirk, can you tell us about the Zwerfinator?

My personal mission is the battle against litter. I do that by: i) cleaning up, ii) educating people & creating awareness; iii) and most importantly: conducting research. I conduct research by collecting data on litter: what is it, where did I find it and how does this match with the surroundings. Based on the collected data I advise local governments and companies and help them with finding solutions.

I am a data scientist by heart. So I know a lot about data: how to collect, interpret and advise on this data. I started 6 years ago with picking trash and 3.5 years ago with collecting the data. 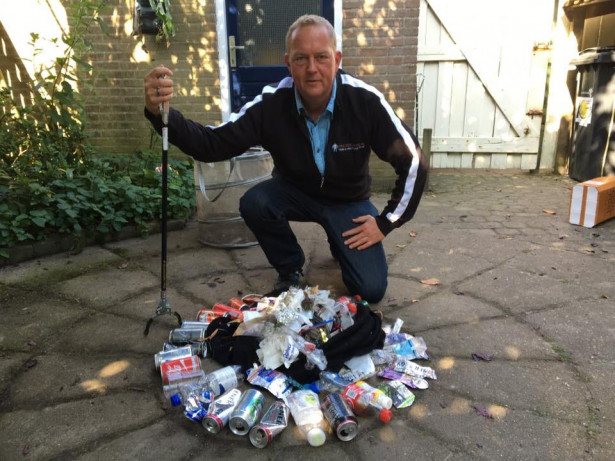 And how do you collect this data?

I use an app: Litterati. This app allows me to upload pictures of every piece of litter I pick up. Besides the picture I add extra data like: what it is, what kind of material, what kind of brand, the exact geo-location, and some extra details. You can see on the map where there is a lot of litter found and see if you can discover certain tracks. It is even possible to find the origin of the litter, for example, is there a company or store that produces a lot of litter? You can see this in the data collected. With this data I can signal to the company that they produce a lot of litter. Together we can try to find solutions like: reducing the amount of packaging or looking at the production of packages, is it possible to use organic materials.

But not only the places that have a lot of litter are valuable: it is also valuable to examine the really clean parts of the city.

How many people are collecting the data?

I see a shift: there is a growing number of people collecting data while picking up trash. I think people are fed up by picking up the same amount of trash, time after time, and they see the value of collecting the data for formulating solutions. It’s a new kind of volunteer work and the plus side is: you can do it anywhere, at any time. If you have an hour to spare, it is sunny, you can just go outside and contribute. In the Netherlands we have about 300 active users of the app, we have the most active members in the world. Worldwide there are about 4,700,000 pieces of litter picked up.

Can you give an example where the collected data made impact?

In June 2018, I started a campaign to create awareness about the commonly found litter, Antaflu wrappers. I encouraged other people to collect and tag these pieces of litter correctly. In total over 30,000 data points are collected now. With this information I teamed up with Merijn Tinga (the Plastic Soup Surfer) and we visited the CEO of Pervasco (the producer of Antaflu candy) in Rotterdam and he decided to change the packaging from plastic to paper, a more organic material.

After this successful campaign, we decided to start a second campaign to pass a policy that bans manufacture and sale of the Knetterbal Firecrackers. (also known as Crackling Balls) We started a movement that managed to pick up and tag over 50,000 littered plastic shells of these firecrackers in two months. After collecting and publishing this information, HEMA and the Albert Heijn decided to ban the sale of these firecrackers. This created a ripple effect inspiring 7 other retailers to remove Knetterbals from their shelves. Great to see that a campaign led to direct results. 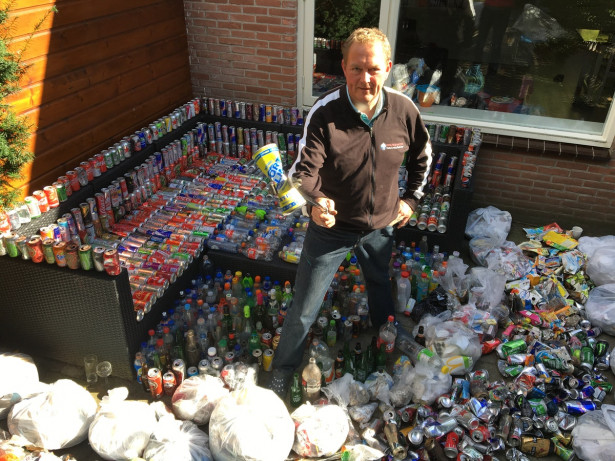 Looking at the future, what will be the next step? What do you need to make your impact even bigger?

I work according to the Forest Gump principle. Do you know what this is? This means that if I have an idea, I start to run with it, just like in the movie. I started alone with an idea to collect data surrounding litter. I talked to a bunch of people, but no one really believed that it could make impact. But I was convinced that it could make a difference. That’s why I just started and run with the idea. Now 3.5 years later the impact and results are tangible and people finally see and appreciate the added value.

Normally you see people having an idea and start looking for investors. For me it works the other way around: I have an idea or hunch and start with the implementation immediately. The rest will follow later.

But the campaigns I did together with Merijn are really successful and I like to do more of those in the future. We’re a good team. He is good in the lobbying and campaigning aspect and I can activate the community of litter pickers to collect the data. Next thing on the agenda is the ‘Plastic Avengers’ conference in Blue City, Rotterdam. Bringing all those individuals battling the plastic or litter problem together. So that they can collectively find concrete and tangible solutions for these challenges. For example in a Hackaton or something else.

What do you think could be done in your industry to accelerate the transition to a circular economy?

I think there are three important things that I want to mention. First, there needs to be a deposit on all drinking packages. Even everything that has a lid or cap. No exceptions. And making sure it is made of recyclable material. There needs to be some sort of economic incentive for people to take recycling seriously. Second, circular economy can also exist in nature. Not everything has to be recycled for humans. It can also be recycled for nature or animals. Of course with the exception of synthetic materials. Third, we can learn a lot of how people used to live. During and after the war, people lived in scarcity. No food was wasted and what could be reused, was reused. For example, my parents owned a bakery and nothing was spilled: from old or broken pastries we made different, new products. If everyone will live by this mindset, the transition to a circular economy is possible.