Project in Delft by Siebe Broersma , Researcher at Delft University of Technology (TU Delft) .
Posted on May 26th 2016
More info 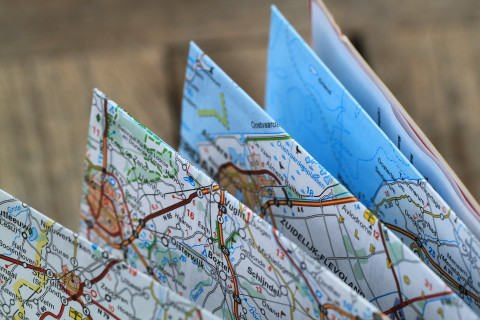 European cities and municipalities have considerable goals in becoming carbon neutral and energy self-sufficient in line with the Paris Agreement. To be successful in reaching climate ambitions we must start now, but it is complex and easier said then done. It requires radical changes such as far-reaching energy renovations, specific approaches, new heating networks, large-scale production facilities for solar power, geothermal energy and green gas. This needs the attention and action of all stakeholders: companies, knowledge institutions, companies, housing corporations and citizens. The European research project City-zen an Urban Energy Transition Methodology is developed to draw an Energy Master Plan for a city. The plan, a roadmap, exists of several (practical and local oriented) energy interventions and measures, both at the technical and strategic level which can be put on a timeline. In this City-zen approach the roadmap with urban energy measures for Amsterdam and Grenoble is made in helping achieving their ambitious climate goals. With concrete examples for local neighbourhoods it explains the different scenarios that are necessary to reach ambitious climate and energy targets.

In this European project the roadmaps for Amsterdam and Grenoble are being made. The output is an ‘Energy Master Plan’ for both cities, existing of several energy maps (demand and potentials) of the city and a roadmap that reaches to preliminary set targets and goals. It helps them to outline future steps to reach the city goals concerning sustainability in the built environment. The methodology is applicable to all other European cities.

For the City-zen project, the methodology is used and tested in Grenoble and Amsterdam, delivering 2 roadmaps. Limited versions of the roadmaps are provided during the roadshows to 8 more European cities, including Seville, Izmir, Belfast and Roeselaere. A catalogue of urban energy measures will be made, that not only deals with technical measures, but also takes the non-technical barriers, challenges and solutions for these into account. Read more about the Roadshow: http://www.cityzen-smartcity.eu/home/demonstration-sites/city-zen-roadshow/

The project is part of the EU-funded project 'City-zen' that is initiated by a consortium of cities, research institutes and companies. TU Delft leads the team working on the roadmaps and methodology. Contributors are VITO, University of Siena, Queens University of Belfast, Think-E, University of Amsterdam. [http://www.cityzen-smartcity.eu/ressources/integrated-issues/urban-energy-transition-methodology/]

The City-zen Approach can be applied to any (EU) city of any size. European cities and municipalities usually have considerable goals in becoming more energy self-sufficient, but are often not on track towards their short-term (e.g. EU2020) targets. The pathways to move forward in the transition towards a sustainable built environment however, are complex to outline. The City-zen Energy Master Plan may help to structure these complex tasks.

How can we ensure financial and energy accounting and disclosures of organizations reconcile at a fundemental level? At the macro / statistical level we have environmentally extended input-output frameworks that connect the dots between sectors and help trace benefits and responsibility across the economy. In a new white paper we explore how we can achieve a rigorous linkage of energy flows to monetary flows from an individual accounting entity perspective.

The proposed integrated accounting framework imposes on energy related non-financial disclosures the same double-entry balance constraints that apply to conventional financial accounting and statements. We identify the key ingredients required for a rigorous multidimensional accounting framework in terms of concepts, postulates and design choices, and we illustrate these ideas with a worked-out example of linking financial and energy accounts.