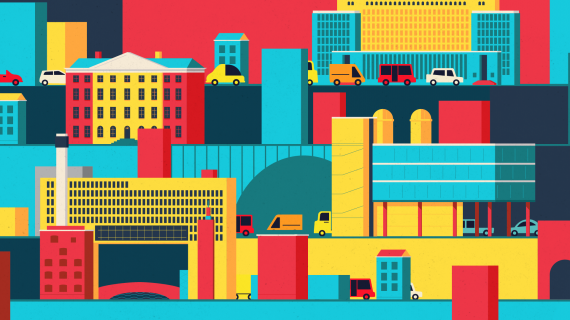 The Logistic Hub supplies the city in a smart and sustainable manner, gets rid of inefficient courier routes and replaces smelly delivery trucks with clean electric vehicles.

Watch the movie about the logistic hub for smart and sustainable supply on youtube:

Check the article about the Logistics Hub/Simply Mile featured in our online magazine 'Smart Stories': 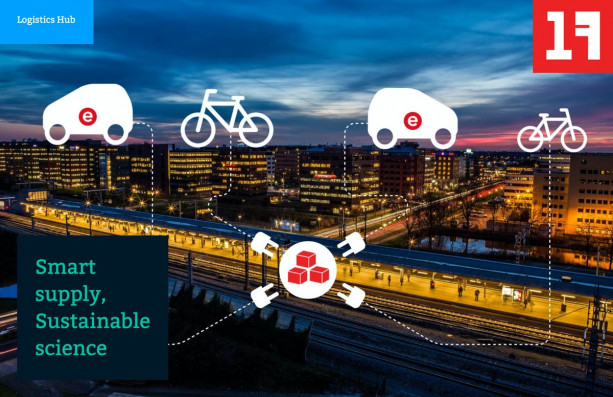 The AUAS and the UvA have a tremendous amount of goods and services delivered. The two educational institutions, which have combined the purchasing of goods and services in a single purchasing organisation, deal with a total of around 16,000 suppliers. Each year, all of those suppliers combined make 90,000 delivery trips amounting to a total of 2.8 million kilometres, which is equivalent to circling the earth 70 times. This enormous number of deliveries places a major burden on the environment, and adds to the hustle and bustle and traffic build-up and congestion in the city.

This hub is aimed at suppliers of goods (some 8,000) who together make around 30,000 delivery trips per year, covering a distance of 1 million kilometres. The goal is to reduce the number of trips into the city over time, while simultaneously increasing the load in each vehicle. The hub will use clean, electrically powered vehicles and bicycles and should reduce the number of trips from 30,000 now to around 750 clean delivery trips per year in the future.

De AUAS and UvA initiated the project. The hub has been achieved in Duivendrecht in cooperation with logistics partners Deudekom (hub manager), PostNL (electric cargo bikes) and Transmission (electric trucks). The first suppliers (Canon, Maas International, Heijmans, CWS and Staples) are already cooperating with the hub.

The two organisations are currently in the process of contacting all of their suppliers and asking them to join the hub.

The use of a hub is one of the specific outcomes of a long-term study on improving the sustainability of purchasing by the UvA and the AUAS , conducted by AUAS researchers and students, which preceded the development of the hub. AUAS professor Walther Ploos van Amstel and researcher Susanne Balm have been working with suppliers since 2014 to identify the steps needed to make the traffic flows of the UvA and the AUAS more sustainable. Combining deliveries in a hub outside the city was an important recommendation from the study. This has now been achieved in Duivendrecht in cooperation with logistics partners Deudekom (hub manager), PostNL (electric cargo bikes) and Transmission (electric trucks). The approach to the hub is what makes it unique. Whereas other logistics hubs are established using government subsidies, often from municipal authorities, this hub will run without any subsidy at all. Thanks to a smart redistribution of costs between the suppliers and the two educational institutions, the total costs will be no higher than they were previously. At the same time, both parties will benefit from lower fuel costs and less time lost by the suppliers, as well as more effective and cleaner deliveries for the AUAS and the UvA.

Hi Jelle,
That sounds interesting! I am sure that the logistics service providers would like to talk about this too. Let's plan a meeting after the summer (in September).

Hi Susanne,
interesting study! In the Port of Amsterdam we are also checking the support level for city distribution via the Amsterdam waterways and the need of a hub in the port to facilitate this need. Can we exchange (or maybe combine) our experiences? Hope to hear from you.
Cheers, Jelle