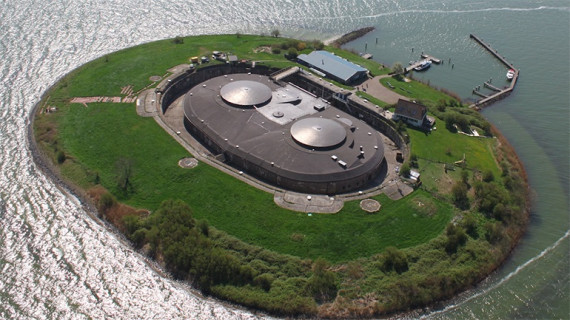 Reusing batteries could offer households and businesses throughout the Netherlands an affordable form of energy storage.

In the future, the reuse of batteries could offer households and businesses throughout the Netherlands an affordable form of energy storage. Over the next few years, thousands of these batteries are set to become available. The project makes a contribution to the sustainability objectives of specific areas, businesses and organisations such as the island fort of Pampus.

Pampus has no access to public utilities, and is therefore reliant on the use of generators. The first step towards a sustainable Pampus is the use of an electric car battery as a storage unit. Because energy from the generators on the island is stored in the battery, the generators do not need to kick in every time power is taken up. The result will be lower energy consumption and more constant energy use. The battery will be fitted by the research team with a whole raft of smart equipment, and monitored over the next few months. The study should demonstrate how well and for how long this reused battery can serve as an energy storage facility.

The project and related study will be carried out by network operator Alliander, ARN, Stichting Forteiland Pampus, DNV GL, the University of Applied Sciences in Arnhem and Nijmegen, the University of Technology in Eindhoven and Amsterdam Smart City.

According to expectations, the increase in the number of solar panels and wind turbines will lead to more renewable energy being generated in the future. At the same time, more and more electricity will for example be used by electric cars. As a result, traffic on the energy grid is due to increase, and energy congestion is set to occur as large volumes of energy are consumed and returned to the grid. By storing energy, less energy overall will have to be transported. Less energy will be lost and the grid will be less burdened, leading to lower demand for investments in the grid system.