An efficient shower decreases water use by 90 percent 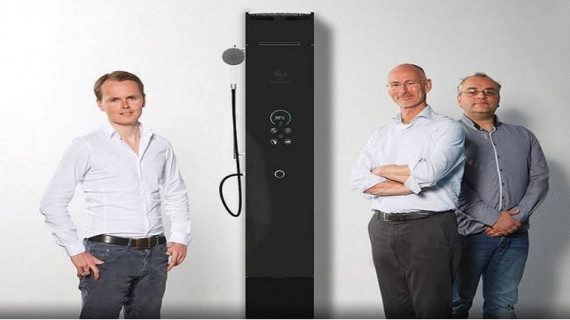 With the Hamwells shower water use is reduced by 90 percent and energy use is reduced by 80 percent, compared to a normal shower. The investment will pay for itself within five years according to the developer.

CEO Rob Chömpff says ‘’we have a revolutionary invention, where pure water is added to circulated water.’’ The system uses refresh cycles, the water is filtered, purified and then reused up to seven times. The shower recirculates shower water.

The CEO is often asked if it’s not dirty to reuse the water. But he says that’s not the case: ‘’ actually you use the water ten seconds instead of one and a half second’’. The water is celan because the water is filtered and purified.

The shower is even ‘free’ for people that are rebuilding their house to make it more sustainable because they can save on the costs of the infrastructure for water drains.

Because of the sustainable element of the Hamwells-shower it is now possible that the shower receives a Kiwa quality mark. This quality mark stands for quality, sustainability and reliability.

According to Chömpff businesses have a lot of interest for the shower. The CEO says that he’s overwhelmed by the number of requests, ranging from hotel chains to hundreds of dwelling in Nijmegen and Enschede.