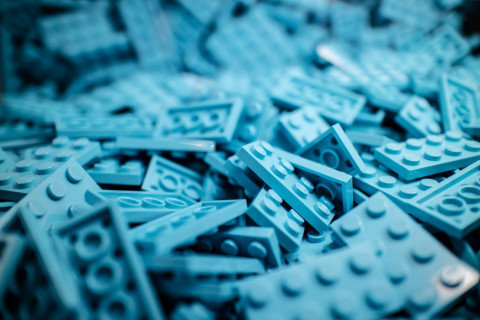 Circular Economy and the Dutch Ambitions

A circular economy is an economic system where products and services are traded in closed loops or ‘cycles’. A circular economy is characterized as an economy which is regenerative by design, with the aim to retain as much value as possible of products, parts and materials. This means that the aim should be to create a system that allows for the long life, optimal reuse, refurbishment, remanufacturing and recycling of products and materials. The Dutch Government has the ambition to only use 50% of primary resources in 2030 and to be fully circular by 2050. This is formulated in the program ‘A Circular Economy in the Netherlands by 2050’.

Amsterdam to use the Doughnut economics model 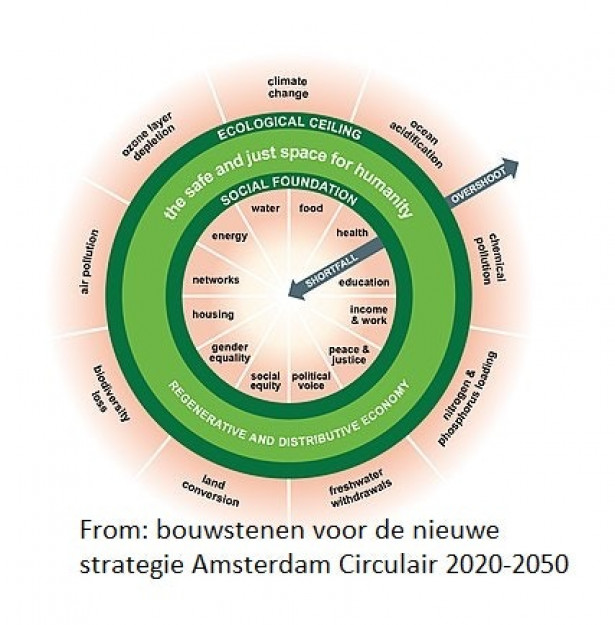 The Doughnut economics model, different from the current economics models, focuses more on ecological and social values instead of on maximizing growth. The model is named a doughnut because of its shape. The outer layer of the model symbolizes the ecological boarder that cannot be crossed in order to sustain a livable earth. The inner layer of the model represents social values that cannot be violated, otherwise universal human rights will be at stake. As is said before: this might be the only healthy doughnut in the world.

The City of Amsterdam has decided to use this model since they believe that a change of system is needed to become fully circular in 2050. A system where ecological, social and economic values have priority. To become fully circular the City of Amsterdam will focus on upscaling and accelerating of already existing circular projects and therefor it is willing to use all available policy instruments. The Doughnut economic model will help to use this instruments in the best way and to create a holistic view on circular economy, to develop strategic directions and to measure progress. Together with Kate Raworth and Circl Economy the City of Amsterdam developed seventeen different building blocks (directions) within three value chains: construction, biomass and food, and consumer goods. All the seventeen building blocks can be found in the document ‘Building blocks for the new strategy Amsterdam circular 2020-2025’.

The upcoming weeks I will conduct a series of interviews with different companies of our community within the AMA and talk about their role in the circular economy. I will ask them what they are doing to transition the AMA to a circular economy and for which problem(s) they have found a solution. How they think the company is contributing to one of the building blocks or how they will adapt to these blocks. And of course we want to know what they need to scale up their (circular) business.

Do not hesitate to let me know if you have an idea which company/organization I have to have a conversation with. Or if you have a suggestion on which questions I have to ask 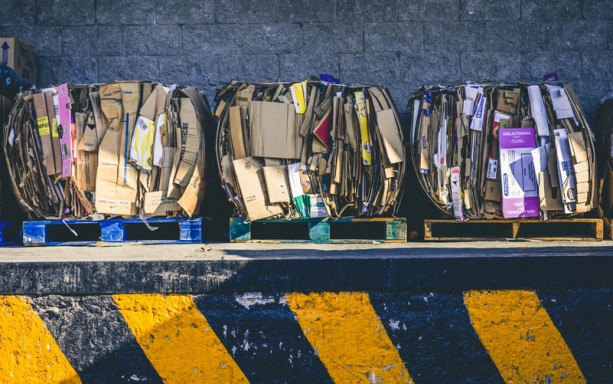 Ha Kaz,
Thank you for your message. You can now find my second blog online.

Dear Haitse,
Thank you for sharing information. I’m working as a creative director in The Netherlands and I introduce Amsterdam circular way to Tokyo.
I am looking forward to reading your blog and how it is going in Amsterdam.
Best,
Kaz