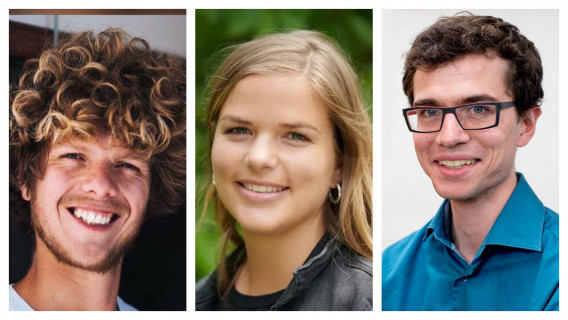 As a city Amsterdam has ‘ambitious ambitions’ Jorren Bosga (city of Amsterdam) stated in his opening, as he was referring to Amsterdam’s Circular Economy (CE) Monitor. He did this in another edition of Data Dilemma’s. Here - in collaboration with Datalab Amsterdam - the biggest data-related hurdles of the great public transitions get addressed in a discussion between a panel of (international) experts and the audience.

This time, our experts talked about their experiences, plans and struggles on monitoring the circular economy. Jorren shared the cities ambition to reduce the use of primary abiotic resources (not derived from living organisms) by 50% in 2030 and by 100% in 2050. To gain insights into the progress towards the city’s top-level circular economy targets, Jorren expressed the need for both high coverage, as well as high detail of the data collected. Characteristics that seem almost mutually exclusive.

Data with high coverage and detail

A top-down approach, like Amsterdam’s collaboration with the Central Bureau of Statistics, leads to a broad general insight, but lacks detailed data of materials and is
subjected to assumptions. Working bottom-up will grant you more detailed data, but only on a small part of the system. To do the latter, Amsterdam partners with sector-wide reporting organizations or large companies, for instance in monitoring company-level waste processing.

What’s being reused and repaired?

Next up was Nina Lander Svendsen from PlanMiljø to talk about their multinational
collaboration study on the state of the circular economy in the Nordic countries. Like Amsterdam, she urged the need for more data on the ‘inner circles’ of CE, containing the reuse and repair of products and materials. Being able to influence the lifetime of materials will be most interesting to policy makers. Political strategies on stimulating the circular economy allow more specific collection of data and monitoring, in contrast to just generally gathering data. Having a stronger correlation between the circular transition and the expected impacts, will increase the influence of policy changes.

Focus on measuring what you really want to know

The call for focus on the things you really want to measure was underlined by Luc
Alaerts, researcher at the KU Leuven and Leuven 2030. It is easy to look at what you can do with the data that is available, but it contains the risk of creating a false sense of control. If policy makers only look at a small portion of the system, that portion will get a disproportionate amount of influence. It is therefore important to also focus on the data that is not available yet. A city can aim for a high amount of registered users of a car sharing-app, but if that means that people are grabbing a car instead of a bike
or using public transport, it’s debatable if it has had the effect they were
aiming for.

Importance of dialogue with stakeholders

Also, Luc touched upon the importance of dialogue with stakeholders in collecting data. Lowering reluctance by making them part of the project, focusing on the value
it creates and gaining trust before you ask for data seems the way to go. In
Leuven, they showed this in their materials bank - a project where construction
materials get a second life.

Wanted to join the session, but couldn’t? Or do you want to rewatch that one particularly good part of the discussion? Check out the recording anytime you like.