Event recap: 'The circular economy: moving beyond the inner circle' 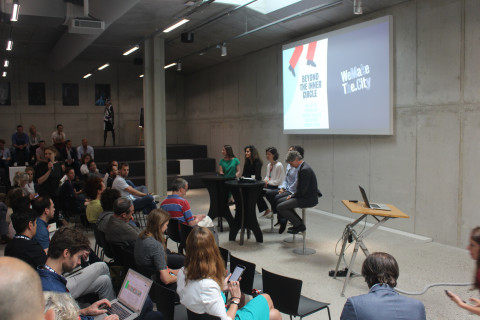 A city that produces virtually no waste...? This is the goal the City of Amsterdam hopes to achieve by 2050 through switching to a circular economy. How can the circular economy be beneficial for everyone, and not just the front runners? These issues were the topic of the Beyond the Inner Circle conference that took place during the second day of the WeMakeThe.City festival on June 18th 2019. A recap by our special reporter Ellie Roy.

A city that produces virtually no waste...? This is the goal the City of Amsterdam hopes to achieve by 2050 through switching to a circular economy. Many circular initiatives are already being developed and implemented by entrepreneurs and policy makers. However, for real progress to be made, more collaboration is required. At the same time, the social implications of such a paradigm shift must be considered. How can the circular economy be beneficial for everyone, and not just the front runners? These issues were the topic of the Beyond the Inner Circle conference that took place during the second day of the WeMakeThe.City festival on June 18th 2019.

The conference was held at CIRCL, constructed by ABN AMRO. The circular economy was at the centre of the building’s design, with almost all construction materials being either second-hand or easily disassembled and reused. For instance, the insulation is made from 16,000 pairs of old jeans and the window frames are reclaimed from disused office buildings. The initiative aims to act as a platform for society to meet, share knowledge and debate important issues in order to create a sustainable future. In other words, a great location to discuss the future of the circular economy. 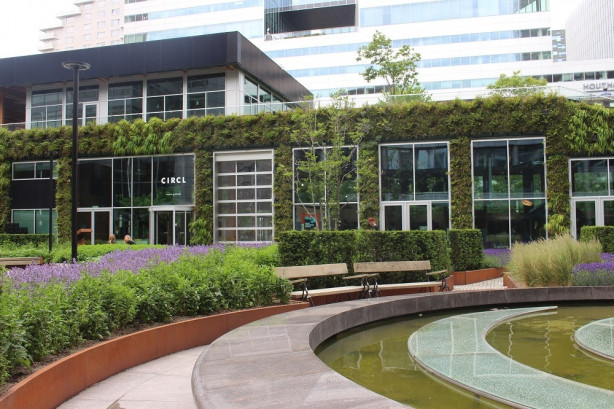 Eyab Sayed, founder and director of innovation at BIOHM, was one of the first to speak. BIOHM takes inspiration from nature to develop bio-based building materials and circular construction systems. The company has already developed a replacement for plywood made from food waste and a completely fire-resistant insulation material made from mycelium (the vegetative part of mushrooms). Using their circular construction systems, materials could be returned to the producer at the end of their life cycle and then be reused, or simply be allowed to biodegrade. Eyab shared many pertinent messages with the audience. One of the most striking was: “nature does not develop in isolation and neither should we”, showing the importance of collaboration.

Another interesting innovation was presented by Maayke Damen, MIT innovator under 35 and founder of the Excess Materials Exchange. She has developed an online platform through which waste materials can be exchanged and repurposed, or as she calls it: a “dating site” for waste materials. This platform works by following materials through their lifecycle by using resource passports and tracing identifiers such as QR codes. This allows the best secondary use to be determined based on the environmental, societal and financial impact. For instance, coffee grounds are found to be best repurposed as ink and orange peel as livestock feed. An initial pilot scheme conducted on 18 different waste streams was found to generate 1 billion euros of total value - who would have thought that “waste” could actually be so profitable! 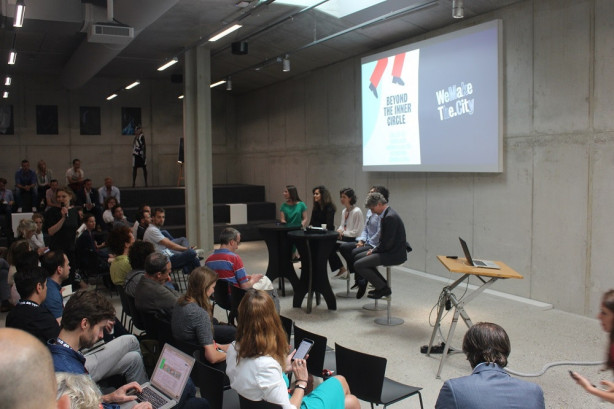 New innovations are clearly needed to drive the circular economy but, in order to make Amsterdam fully circular in the future, old industries will also have to adapt. James Hallworth, manager of circular and renewable industry at the Port of Amsterdam, explained the steps that are being made to ensure this happens. Due to its location at the centre of logistics and recycling facilities, he considers the port to be in the “perfect position to be involved in the circular economy”. In the last years, the port has developed a number of circular building hubs which aim to stimulate collaboration in circular initiatives. One of these initiatives is the Amsterdam Logistic City Hub. It’s goal is to provide a solution to Amsterdam’s logistic problems by using the city’s canal network to transport goods and passengers. Perhaps not a fully circular project in itself, but this would certainly help to reduce pollution and facilitate other circular initiatives within the city.

In order for the Netherlands to reduce its environmental impact, many agree that the circular economy will need to become a standard part of government policy. Jolein Baidenmann, commodity director for the Metropolitan Region of Amsterdam, gave insights into the circular economy policy-making. She says that the circular economy is “much broader than just raw-materials and resources”. It is also related to social injustice and, if implemented correctly, could benefit all members of society. Currently, circularity is mainly restricted to one-off projects. Jolein believes the concept should become part of standard process and be given the experimentation space that it requires. The audience had many questions on how this could be achieved. She suggested that perhaps a Circularity Act, similar to the Climate Act (in Dutch: Klimaatwet), would be one possibility. 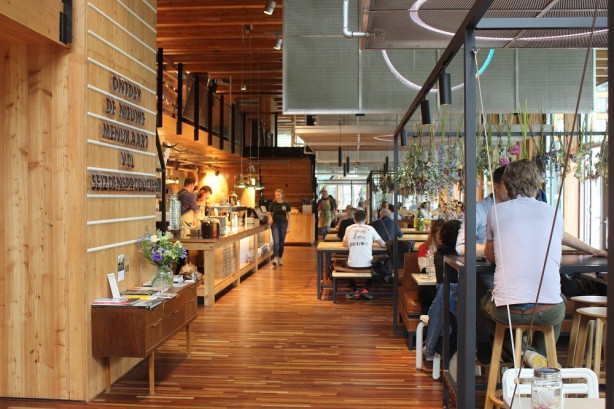 It is clear that progress is being made towards a fully circular economy however, a lot still needs to be done to achieve this by 2050. The conference provided a great opportunity for stakeholders from different backgrounds to exchange both ideas and expertise, allowing everyone’s circle to become a little broader and further progress to be made.