​Pigeons With Backpacks Join The Fight Against Air Pollution 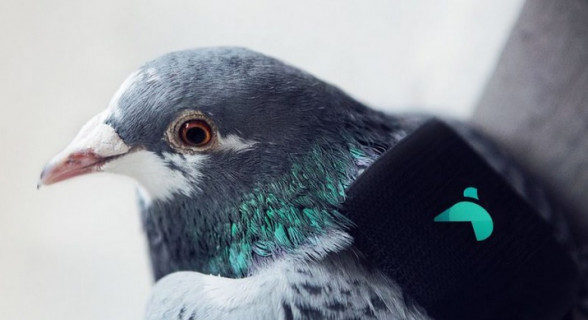 The pigeons were sent across London.

In March, a team of 10 pigeons wearing small pollution-monitoring backpacks were sent across London. Londoners themselves are now invited to wear their own sensors to create the first human-powered air pollution monitoring network.

Nearly 9,500 people die early each year in London due to long-term exposure to air pollution — more than twice as many as previously thought, according to newresearch. Paris-based tech companyPlume Labshas created an app that helps people in polluted urban areas do something to reduce the risk of pollution-related health issues — avoiding excessive exposure at peak times, for instance. Plume Air Report, as it’s called, tells you if it’s safe to run, bike, go out with your children, or eat outside. The company relies on thousands of pollution monitoring stations around the world for data and it already works in 150 cities around the world.

Last March, Plume Labes launched in collaboration with Twitter and marketing and tech agency DigitasLBi a campaign intended to draw attention to London’s air pollution issues by releasing a flock of pollution-monitoring pigeons to map pollution in the city. As the birds flew throughout the city, Londoners could tweet to @PigeonAir to get up-to-the minute information on the air quality in their neighborhood. While the Pigeon Air Patrol was only in the skies for three days, Plume Labs turnt to humans to join the ranks.

The main goal was to inspire Londoners to join Plume’s new Air Patrol as beta testers of the air pollution-sensing device. Plume is hoping to create a network of these human sensors that will enable it to crowdsource very detailed and specific readings of air pollution to compliment the data pulled in from monitoring stations and they already use for their app.

The crowdfunding campaign set up to finance the project managed to collect the needed £10,000 in only 21 days. The project, in collaboration with Imperial College London, seeks dozens of Londoners (think cyclists, runners, pram pushers and so on) to test their wearable personal air quality sensors later this year. Problems like air pollution often seem too big to tackle, but sometimes the small scale, creative and pro-active ideas can achieve more than you’d expect. Read more information.