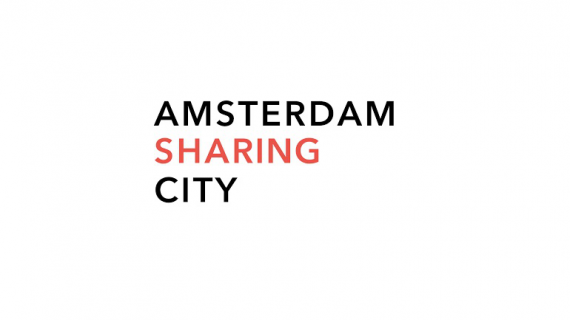 Amsterdam is known as a the “Sharing City”. A majority of 84% of Amsterdam residents is very happy to actively participate in the sharing economy, in the form of AirBNB, Snapcar,

Comms, Peerby, WeGo etc. The College of Mayor and the councillors in Amsterdam have adopted a proactive attitude towards the sharing economy. The College is committed to making the most of this new form of economy. This means encouraging activities in the sharing economy that will benefit: innovation, social inclusiveness, entrepreneurship and sustainability. The College welcomes the disruptive nature of the sharing economy wherever this strengthens the city and benefit its inhabitants. At the same time, the College is aware of excesses that can negatively impact the city, for example if this leads to an unequal playing field or a lack of social security. The College will therefore intervene when unwelcome situations arise as a result of particular initiatives. This means that the approach of the sharing economy is not only a matter of permitting or prohibiting aspects of it, but rather one of closely monitoring and actively responding to certain developments and of utilising opportunities wherever these occur.

This vision of the sharing economy is translated in a “Sharing Economy Action Plan”, with 5 main action points:

Sharing City2City Round Table - 27 May 2016 As part of the Sharing Economy Action Plan, at the request of Councilwoman Ollongron, the Amsterdam Innovation Office (CTO) is organizing a round table conference and has invited several European and international delegations to discuss the Sharing Economy.

The aim of the Sharing City2City Round Table is to share insight knowledge and experiences on how cities are dealing with the disruptive effects as seen in the sharing economy. Sharing is nothing new, people have been sharing for centuries, but due to the technological possibilities, sharing has a global potential which can create disruptiveness. New businesses with a sharing business model tend to disrupt existing markets, which brings innovation and a new view on customer services, but can also bring friction for existing entrepreneurs. New markets arise where the government has a role in making sure that these new markets operate in a fair and safe way, but also by stimulating innovation. This brings both challenges and opportunities for local governments.

During the meeting world city leaders will share their knowledge and experiences on this subject.

The RoundTable, coincides with the TNW Conference which is held on 26 May & 27 May 2016 and brings together the world's technology leaders, venture capitalists and entrepreneurs to Amsterdam.

You can download the action plan here. Read more information.