Teamwork in the Amsterdam Smart City 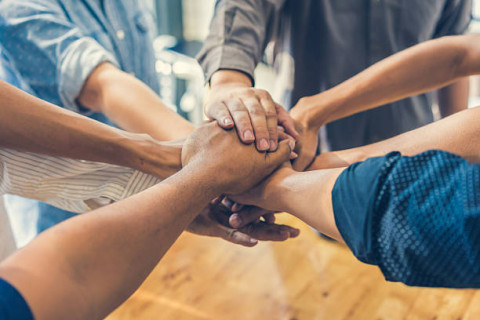 In 2025 Amsterdam will hopefully be among the top 3 most innovative urban environments. With the help of the innovation platform Amsterdam Smart City, the Amsterdam Metropolitan Area has the ambition to become a smart, healthy and green region. The idea behind a smart city is to make a city liveable by means of open data and mobility solutions. In order to do so, the municipality, companies, knowledge centres but also residents need to work together to achieve the goals.

In 2015, the HvA became a cooperation partner of Amsterdam Smart City. In addition to various research activities, the HvA provides education in the field of Smart City. Fourth-year Business Administration students conduct research projects for organisations that deal with smart city solutions. At the moment, research is being conducted by five project groups:

- Project Cargoroo - One of the studies involved Cargoroo. This company came up with a smart electric carrier cycle (a ‘bakfiets’) with fixed rental stands in every neighbourhood. Fast, clean and suitable for everything. Using this carrier cycle, local residents can utilise a sustainable means of transport to for example take the kids to school. At the same time, awareness on sustainable living is created by this project. Additionally it connects people in neighbourhoods to be more sustainable. Three students from the AUAS together with Cargoroo organized a pilot in Haarlem that started in May 2018. The pilot was a great success and the number of users continues to grow. The bike has now really become a 'thing' in Haarlem-Noord. The next challenge for Cargoroo is to become successful in Amsterdam as well.

- Project LENS-Energie - Herman the sunpower distributor is also represented, a man with a passion for the sun which he prefers to share with everyone. In Amsterdam he moves socially and as a showpiece of the LENS-Energie company he helps the citizen not only save money, but also to transition to sustainable energy. Herman divides the flow of a collective solar panel behind the meter over the connected homes in a residential complex. Only one or a few inverters are required. Now Herman wants to go on vacation, to England and to Mexico. He hopes to share his passion there, but does not know if this is possible. This is what the students of the AUAS are investigating. The Netherlands has become too small for the company that adds value to housing corporations' property through smart solar systems. Although there is still a lot of work to be done in our little country, Herman thinks that he can make a global contribution to the environment.

- Project Amorion - To link students from universities to social projects, the Amorion foundation has been founded. One of the projects is the realization of electric shared cars within the Hope, Love and Fortune housing complex in the Eastern Docklands of Amsterdam. The question was whether the residents of the complex were ready for this concept. After mapping out the potentially interested residents, the students now have to come up with three scenarios about how the shared cars can best be used. For Amorion, it is important to have clear organizational, financial and legal aspects within these scenarios. In this way, the wishes of the interested population and the housing corporation can be properly anticipated.

- Project SEEV4-City - This company investigates how information and communication technologies can be used to structure the energy system in a more sustainable way. One of the pilots is the Amsterdam Arena. The stadium needs a constant energy supply that is equal to that of 270 households. This energy supply is needed for events such as football matches and music concerts. It is not necessary to generate that much energy during normal working days. This is why SEEV4-City tries to find a solution for this. The company wants to reduce the energy demand to an amount that is necessary to maintain daily operations. The extra amount needed (surplus energy) can be generated by, yes, car batteries. In this way, the Amsterdam Arena can run on a massive supply of clean energy generated by used Nissan Leaf batteries. The system will be tested this summer and the students, who are helping to investigate the return of investment, have to wait for the results to determine whether the investment has been valuable.

- Project Circl - Circl is a place that ABN AMRO has created to share the gained knowledge about circularity and to be able to advise customers on this. You experience a circular lifestyle with exhibitions, workshops, lectures, food and entertainment. In addition to meeting rooms and workspaces, there is also a restaurant and rooftop bar. It is an initiative of ABN-AMRO and is intended to promote circular design. Circl is part of Mission 2030, the Dutch government wants all buildings financed by ABN-AMRO to be fully sustainable in 12 years' time. The building serves as a pilot to demonstrate to the outside world that circular business operations can also be successful. The concept is after all less popular than expected. The students of the AUAS have taken on the challenge to create more brand awareness and awareness about sustainability within the Amsterdam region. Only then circular building can be promoted properly.

Look @maluhilverink , Circl is featured! Do you have any outcomes of this research with the students to share?

Did you enjoy the time working with these students @evertkuiken ?