Will we see you at the World Smart City Expo in Barcelona? 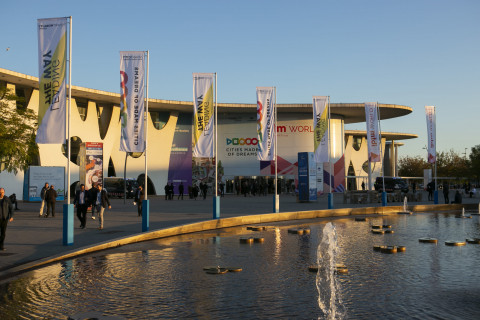 Amsterdam Smart City is again going to the Smart City Expo in Barcelona (13-17 November). The yearly Smart City Expo is the place where companies, entrepreneurs, start-ups, cities, and research institutions in the field of climate neutrality and smart cities meet. Through promoting social innovation and identifying collaboration opportunities, the event is dedicated to creating a better future for cities and their citizens.

We are looking forward to an inspiring week full of activities together with some of our partners, such as the municipality of Amsterdam and Almere, the province of North-Holland, Overmorgen/Arcadis, Eurofiber and more!

Amsterdam Smart City is co-organizing a number of activities in collaboration with our partners and international colleagues in Barcelona. Below find an overview of our programme. Will we see you there?

MRA Diner: After this kick-off, Amsterdam Smart City will co-host an MRA dinner together with Amsterdam Trade & Innovate and Almere’s Green Innovation Hub. At this dinner, entrepreneurs, policy makers and knowledge institutions from the Amsterdam Metropolitan Area will get to know each other, and discuss what they want to achieve in Barcelona (registration closed).

International Dinner: The evening of 14 Nov, Amsterdam Smart City will cohost a networking dinner together with Amsterdam Trade & Innovate, BTG and the municipality of Almere, and many other Dutch Cities. The dinner will bring together ~75 Dutch and 75 international peers. During the evening, we will discuss the acceleration of the transition towards smart and climate neutral cities. We will exchange different challenges, solutions and views from multiple cities, companies and other stakeholders (registration closed)

Amsterdam Smart City partner breakfast: Before the opening of the Dutch Pavilion, we are organizing a breakfast for our partners and team at the B Hotel.

Intelligent Cities Challenge (ICC) Mayors Forum: Marja Ruigrok, City of Haarlemmermeer vice-mayor for economy and mobility will represent Amsterdam Metropolitan Region during the Intelligent Cities Forum Mayors Forum, joining 30 other mayors and vice-mayors to set the policy agenda for the transition towards a green, digital, and resilient European economy.

Incoming / Outgoing Missions: Amsterdam Smart City will host a number of incoming / outgoing missions from the Dutch Pavilion. Dutch delegates can join visits to EIT Urban Mobility, and meet with Australian and Canadian counterparts. Keep an on the website of the Dutch Pavilion where we will communicate the Missions program soon.

Intelligent Cities Challenge (ICC) Conference: Part of the ICC conference “Towards a green, digital, and resilient economy“, Amsterdam Smart City International Liaison, Cornelia Dinca, will contribute to a panel on green economy and local green deals, alongside colleagues from City of Mannheim and City of Leuven.

Incoming / Outgoing Missions: Amsterdam Smart City will host a number of incoming / outgoing missions from the Dutch Pavilion. Dutch delegates will have an opportunity to tour other pavilions, including Microsoft and European Commission. This post by Cornelia summarizes the Missions program. Furthermore, additional info about the dutch program can be found on the website of the Dutch Pavilion.

Are you also in Barcelona and do you want to join us for any of the above activities? Please contact Sophie at sophie@amsterdamsmartcity.com. We’re looking forward to meet you there!