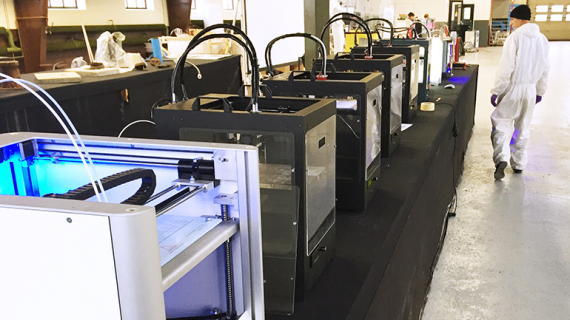 By combining several disruptive technologies like Internet of Things, robotics and 3D printing, the 3D Makers Zone produces new prototypes, parts and end products. Companies get the opportunity to learn to innovate as well as get fast results while requiring only modest investments rather than investing in all the hardware in house innovation in these technologies would require. Smart, fast, affordable and efficient!

New and smarter products have been created as well as produced for several critical infrastructure companies. Technical students as well as suppliers of said companies contribute to solving problems and improving the processes via hackathons, all within just days! PWN used the hackathon-method to gain several new smart products that help it in maintaining its water supply network.

This project is initiated by the municipality of Haarlem, 3Dmakersmagic, Inholland, Province of North-Holland, MKB Haarlem, VNO-NCW.

Next steps are upscaling with more disruptive technologies and the combination of these. Letting more companies and their suppliers (and students) cooperate in open innovation, that way making it possible to research and innovate. Branching out to other regions and countries.