Tada! Data. They are a promise for life in the city. With data we can tackle major problems of contemporary cities making them cleaner, safer, healthier, more habitable. With the use of data, it can be achieved. But, only as long as people maintain control over data, and not the other way around.

Designing a digital city is a team effort: companies, government, urban communities and citizens. We take action together, we benefit together. That is why we have set the following shared principles and agreements. We want to be a leading example in this for all other digital cities spread across the globe. Tada!

Join us in showing that we can make them wiser too by signing the manifesto at www.tada.city

Data management is often subject of debate and is starting to raise more and more questions, e.g. regarding its ethical use, transparency, responsibility, ownership and controllability. Amsterdam as an innovator is aiming to fulfill a leading role in the world of data and technology. The Amsterdam Economic Board is requesting all of their partners that contribute to the digital city to sign the ‘Data Disclosed’ manifesto, and to announce and take concrete steps in the responsible handling of data.

Amsterdam itself will take the first step. By doing so, the innovative metropolis is trying to convey the message and take a leading role in this global campaign. Under the slogan ‘Tada’ – Data Disclosed’, the city is campaigning and, along with this, developing operational tools.

Franc Weerwind, mayor of Almere: “The Amsterdam story has been welcomed with open arms and followed by all participating parties. What appears to be especially appealing is the positive angle. Data is increasingly being associated with monitoring, control and suspicion, but we’ve turned it around. Transparency, accountability and ethics could be promising design-principles. Clarity about data could also be a major driving force for business and reputation.”

Check the article about Tada featured in our online magazine 'Smart Stories': 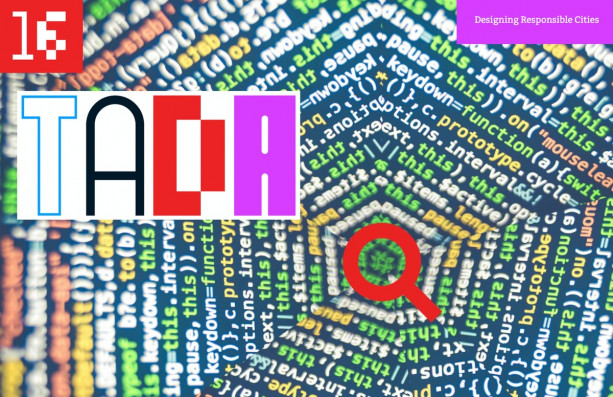 Sign the manifesto at www.tada.city and show that you care about building a responsible digital society!
Data is a promise for life in the city. With data we can tackle major problems of contemporary cities making them cleaner, safer, healthier, more habitable. But, only as long as people maintain control over data, and not the other way around. The Tada manifesto acts as a manual for people, organisations and businesses who want to design responsible digital city.

We want to start a movement of people who want to design our responsible city. The result of Tada, the manifesto is Tada the manual for organisations, cities, businesses that can help them proactively in designing their data policy

Amsterdam Economic Board initiated the project under its theme digital connectivity for the Amsterdam Metropolitan Region. 60 experts, organisations, politicians, businesses joined in thinking about and defining the manifesto's core principles.

Stand behind the manifesto by signing it on www.tada.city. Join our group in showing Tada in practice and working toward a manual for a responsible digital city.