Stay in the know on all smart updates of your favorite topics.

To keep Amsterdam liveable the municipality collaborates with its citizens. On average Amsterdam’s population grows with 10.000 people a year. This small big city has a density of 5065 people per square km, over 180 different nationalities. 19% of the total Dutch GDP is earned in the Amsterdam Metropolitan Area. Between 2015 and 2016, the amount of tourists in Amsterdam increased by 7%. To keep Amsterdam’s 162 canals, monumental centre and residential areas liveable, innovative initiatives are required. Share your innovative concepts and ideas here!

Are you a student with an interest in climate, technical and social innovations? Do you want to contribute to sustainable and affordable energy generation? Would you like to develop new concepts, products or services? Take part in the international hackathon Empower on Saturday 1 May! The hackathon offers a unique opportunity to collaborate with different students, experts and professionals. Your idea can have an impact on the social energy transition in Europe. You have a chance to win a sustainable grand prize!

As societal values change and the deployment of sensing technology becomes more ubiquitous, what are our digital rights in a 21st-century city?  This dilemma is forcing municipalities to make difficult decisions about practice versus the policy of collecting data from public space. In collaboration with the City of Amsterdam, The City Innovation Exchange Lab (CITIXL) has created the Responsible Sensing Toolkit -  a six-step process to help navigate this new landscape in a fast and effective way. The toolkit was co-designed by experienced city innovators to empower municipalities, organisations, and communities to implement open and inclusive sensing solutions for our 21st-century cities.
Currently in Beta, we are testing the toolkit with various organisations and cities to effectively move from theory to practice by applying the framework to sensing projects in progress. To keep updated, visit the Responsible Sensing Toolkit page and subscribe to the mailing list.

First of all, the most important thing is the combustion link of industrial production. The combustion process of fuel (coal, oil, natural gas, etc.) is an important source of pollutants transporting to the atmosphere. The main component of coal is carbon, and it contains hydrogen, oxygen, nitrogen, sulfur and metal compounds. In addition to generating a large amount of smoke and dust when the fuel is burned, it also forms carbon monoxide, carbon dioxide, sulfur dioxide, nitrogen oxides, organic compounds, and smoke and dust during the combustion process. The harmful substances produced in the pyrometallurgical smelting of non-ferrous metals are mainly heavy metal dust and SO2, and are also accompanied by extremely toxic substances such as mercury, cadmium, lead, and arsenic. When producing light metal aluminum, the main pollutants are fluoride and pitch smoke; when producing magnesium, titanium, zirconium, and hafnium, the main pollutants emitted are chlorine and metal chlorides. These substances are very harmful to the air and are a source of pollution that accounts for a relatively large proportion of air pollution.

Then there is the waste gas produced by urban garbage. The disposal of garbage has become an important issue in major cities. Many of the tens of millions of tons of garbage every day cannot be incinerated or corrupted, such as plastic, rubber, glass and other humans' number one enemy. And some spoiled garbage will also produce exhaust gas, which not only affects the city's appearance, but also affects the cleanliness of the atmosphere.

I am conducting a survey as part of my thesis for the Master Global Business and Sustainability, at the Rotterdam School of Management.
My research will seek to examine the potential for smart urbanism to create more socially inclusive communities. Therefore, I intend to analyze the extent of citizen participation in various smart city projects and evaluate the resulting success based on its inclusivity.
At this stage I am looking for respondents for my survey. If you have been involved in a project, for which you can comfortably answer questions about the participatory nature and the general project success, then please feel free to contribute to my survey.  I highly appreciate every single response.

Here is the link to my survey: https://erasmusuniversity.eu.qualtrics.com/jfe/form/SV_50vuPdvV5LchxyK

If you have any questions, please reach out to me!

Many thanks,
Julia Trummer

What is really so unique about Amsterdam Science Park? Who is working here or carrying out research? How did we get here? What are the long-term development plans for the park? What are the key trending issues in the industry? Which of the institutes and businesses based here could be of particular interest to your company?

During these monthly online sessions, we will lead you into the world of Amsterdam Science Park. No matter if you’re new to the science scene in the Amsterdam Area or you’ve been working here for years, it’s a fantastic way to learn about the ins and outs of the park and the innovations taking place here. It’s also a great way to introduce yourself, without any obligation. Pose a question in the next session and maybe you’ll find yourself part of a fascinating conversation that transforms your own business or outlook.

How can local governments deal with (technological) innovations? Listen to the #podcast with Karen Vancluysen of POLIS Network: https://bit.ly/mobilitypod

On 22nd and 23rd April, the European Commission will host its first conference related to the "New European Bauhaus" initiative.

The New European Bauhaus is a creative and interdisciplinary initiative, convening a space of encounter to design future ways of living, situated at the crossroads between art, culture, social inclusion, science and technology. It brings the Green Deal to our living places and calls on all Europeans to imagine how we can make the places where we live and our experiences more beautiful, sustainable, and inclusive.

The conference will be held online in English. It is free of cost and registration for the first day is open to everyone.

Get to know the provisional program here and register here.

②Pre-treatment of fuels (such as fuel desulfurization, coal liquefaction and gasification) reduces atmospheric pollution during combustion.

⑦ Clean up and properly dispose of industrial, domestic and construction waste residues in time to minimize ground dust. 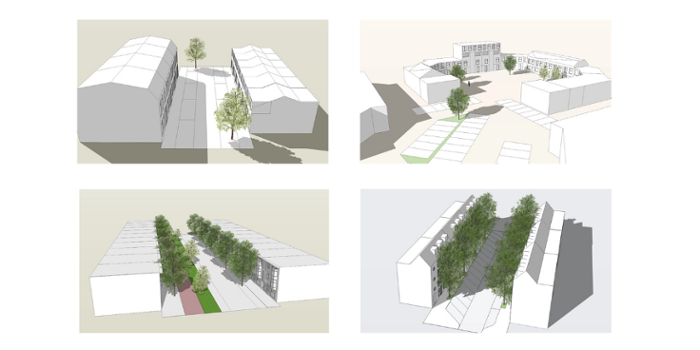 Today I start my dissertation project for Oxand. Together we will be working towards defining clearer goals for Gemeente Amsterdam's smart city objectives! We will approach this challenge by taking the #SmartCity principles and observing them through the lens of #SystemEngineering.

I am looking for members who are interesting in helping me identify stakeholders, current challenges facing the municipality, developing projects, objectives that must be fulfilled and much more!

(3) Research and determine the appropriate local air pollutant diffusion model, and calculate the value of the harmful substances emitted by various pollution sources in the area on the environment, and step by step to determine when the air pollutants in the background are reduced to the allowable value or target value, The reduction plan of various pollution sources in the region. When determining this plan, it is necessary to make full use of atmospheric environmental capacity.

(4) Investigate the funds that can be used for the comprehensive prevention and control of air pollution within a certain period. 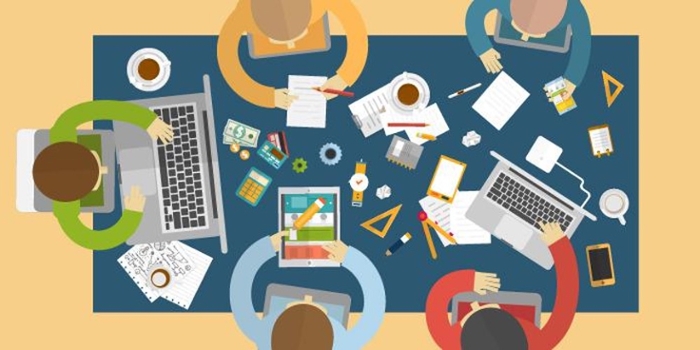 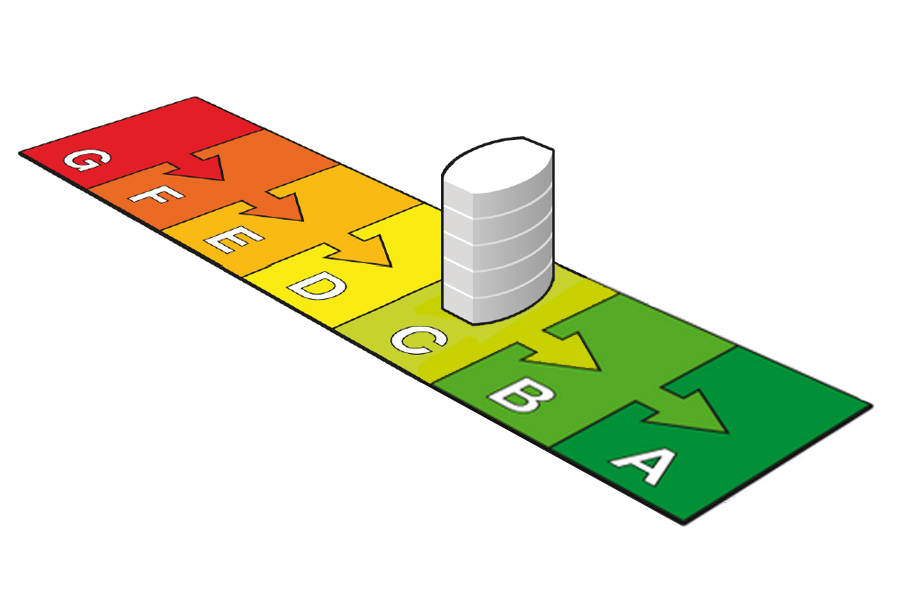 Explore how to attract, retain and manage tech talents

With the acceleration in digital, the demands on technology — for
speed, flexibility, reliability, security, and value — have radically
increased. For company leaders reviewing how to transform their
organizations, one tricky question is emerging: Where do I find the
people to do all the work? Companies have to hire the best, but that
won’t be enough. They’ll also need to rethink how they reskill and
upskill their people. People are the most important factor for a
company’s growth, especially in its early stages of development. How to
find the right people and how to get a better understanding on how to
create great teams?

The 100 Intelligent Cities Challenge (ICC) is a European Commission (EC) initiative that supports 136 cities with using cutting-edge technologies to lead the intelligent, green and socially responsible recovery. The goal is to accelerate ICC cities and their local ecosystems as engines for post-pandemic recovery, creating new jobs and strengthening citizen participation and wellbeing.

The Amsterdam Metropolitan Area, represented by Amsterdam Economic Board and Amsterdam Smart City (ASC), has joined the ICC as a mentor region. A key task for ASC is to connect and share best practices from the Amsterdam region with the ICC network.

Here are a few of the upcoming opportunities for ASC partners and community members who would like to get involved in the ICC:

For more information about ICC or any of the above points, please contact Cornelia Dinca, ASC International Liaison via cornelia@amsterdamsmartcity.com

On April 9th three collective entrepreneurs present their Mobility as a Common initiatives and challenges at the Townmaking Common Labworks.

The Towmaking Common Labworks are a network of cooperative initiatives that develop and implement solutions for the common good. This Friday we start a series of meetups for the vertical in Mobility as a Commons, and invite entrepreneurs, governments and professionals to join the Labworks and build together.

This Friday WijZijnDeel and the Amsterdam Bicycle Collective will present their initiatives and journeys.
The ABC builds a local cooperative ecosystem for the development, production, maintenance, and use of community-built circular eBikes. Join the designers, engineers, bicycle shops, and educational partners in making Dutch cycling culture about care for healthy living, sustainable production, and quality making.
WijZijnDeel  organises citizens in cooperatives in order to be able to provide in their collective mobility needs.

Our city urgently requires zero-emissions and lower loads on aging infrastructure, and at the same time the health of our city also needs mobility solutions that are sensitive to local needs, and that are made and maintained by highly-skilled local economies. We believe local communities are best positioned to understand their collective needs and environment, and they form the heart of a healthy, sustainable and  inclusive society. Therefore our mission is to empower these communities with quality infrastructure and ownership.