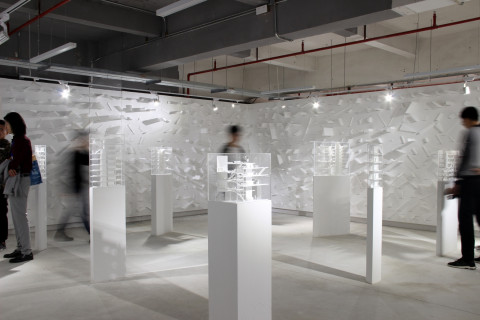 © Foto Only If
Insights from New York-based architect and co-author 'Cities Without Ground'.

After ten years of economic crisis, Amsterdam is flourishing. Real estate prices go through the roof an all major museums have been renovated and tourists from over the world are visiting the city in ever larger numbers. What can Amsterdam learn from cities like New York, Paris, Shanghai or Istanbul? The Amsterdam Agenda, a lecture series by the Academy of Architecture, invites special guests with international perspectives to present their best practices. This first evening, architect Adam Frampton, the Principal of Only If, will share his knowledge and present several projects.

Adam Frampton
This evening Adam Frampton will discuss his research and design work on several projects, including ‘Irregular Development’ – small irregular plots in New York City that are often overlooked, but that are made suitable for residential development. How could this approach offer an alternative to what is currently being done in the Netherlands?

Architect Adam Frampton is the Principal of Only If, a New York City-based design practice for architecture and urbanism. He earned a degree in architecture at Princeton University before working in Rotterdam and Hong Kong for OMA; leading projects in China, Taiwan, Saudi Arabia and India; and co-authoring a book on Hong Kong urbanism. Registered to practice in both the Netherlands and the US, Frampton opened Only If in 2013. Only If is currently engaged in a range of projects, from the design of a single-family housing prototype to an 84-unit senior affordable residential project, to larger-scale urban planning, research, and speculation. Only If has been recognized as part of the 2018 AIANY New Practices New York, PIN-UP’s Magazine’s New Power Generation (2017), and the World Interior News’ 2016 Emerging Interior Practice of the Year.

Approaching any project, Only If seeks to focus on the fundamental questions and potentials. The ambition of this process is to create clarity and distil simplicity within often-complex circumstances and constraints. They believe in the potential of simple shapes and geometries—like circles and squares—framing and shaping underlying uncertainties and complexities.

The Amsterdam Agenda
This year, the cities long-awaited north-to-south subway will open, just as a new direct Eurostar train to London. Amsterdam seems to be attractive for investors, entrepreneurs and expats alike. To keep up with the growth, the municipality has announced plans for the development of Haven-Stad (Harbour City), a large new urban district.

Yet, there is also a lot of discussion about the way Amsterdam is developing. Urban development seems to be mainly profit-driven, housing corporations are having difficulties developing new housing stock and their waiting lists have grown to unacceptable lengths. And plans to make the city more energy sustainable are not yet producing the expected results. Is Amsterdam still accessible for all income groups? What is the quality of the urban housing stock? Has the city become merely an object for investors? Metropolises around the globe are struggling with accessibility, tourism, multi-culturalism and sustainability. What can we learn from these other cities? The Amsterdam Agenda invites different speakers to address subjects like Accessibility, Tech and Identity.