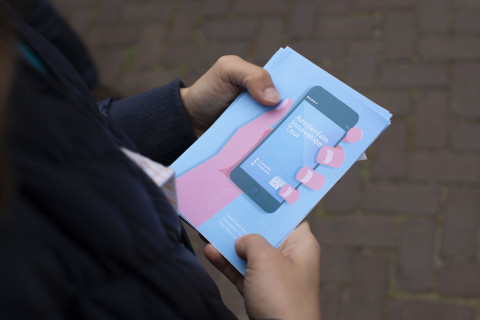 The app is designed to help international delegates and local city users experience some of Amsterdam’s innovative approaches and solutions for smart and sustainable urban development.

During We Make The.City innovation festival, Amsterdam Smart City and the City of Amsterdam released an app-based self-guided innovation tour which is now available from the Apple Store and Google Play. It was officially launched by Touria Melia, Amsterdam’s Vice-Mayor of Culture, Art and ICT, during the Next Generation Cities conference on 21 June.

The app is designed to help international delegates and local city users experience some of Amsterdam’s innovative approaches and solutions for smart and sustainable urban development.

There are two routes to choose from, starting from Central Station. Users start the tour by activating a special message on a JCDecaux digital screen. 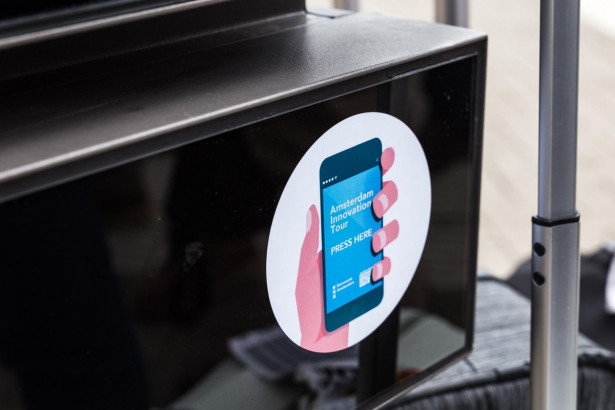 The first route “Culture of innovation” takes users along a two-kilometer walk along Oosterdokseiland development to Marineterrein, the former navy based that is being converted to innovation district. The second route, “Transformational innovations” leads users though Amsterdam North to De Ceuvel living lab and finishes at NDSM-wharf. 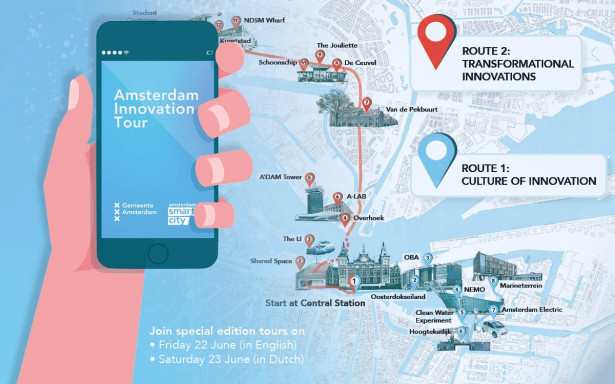 On 22 June, a special-edition walking tour was organized where stakeholders and WMTC participants tested the app while walking the “Culture of innovation” route from Central Station to Marineterrein with several experts sharing their innovative projects along the way. László Vákár of Movares explained the innovative characteristics of the new 300-meter long bus canopy on the North-side of Central Station, which through its clever design decouples rainwater from the sewage system. See also <https://movares.nl/nieuws/overkapping-ijsei-wint-publieksprijs-vernufteling/>. 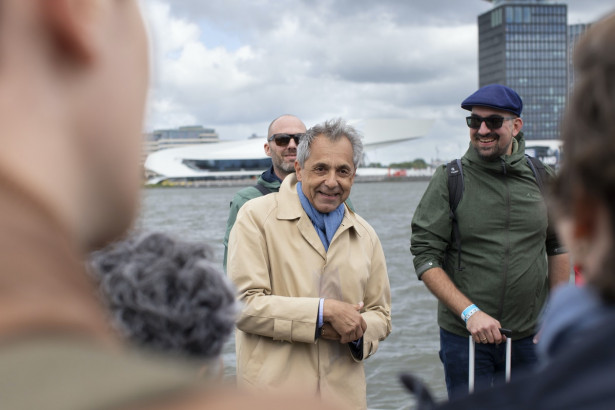 Eelco Thiellier of the city of Amsterdam shared several examples of how the city is becoming a smart city through the use of the CMSA (Crowd Monitoring System Amsterdam) that uses sensors which collect anonymized data about pedestrian movements at hotspots. Collection is done at big events e.g. Sail or at the Arena boulevard or in permanent situations like the red light district, the Kalverstraat, the ferry terminal and at OV-hubs. This data is used to generate insight in crowdedness in order to introduce pedestrian friendly measures to keep the city accessible, safe and comfortable. See also www.amsterdam.nl/crowdmanagement. 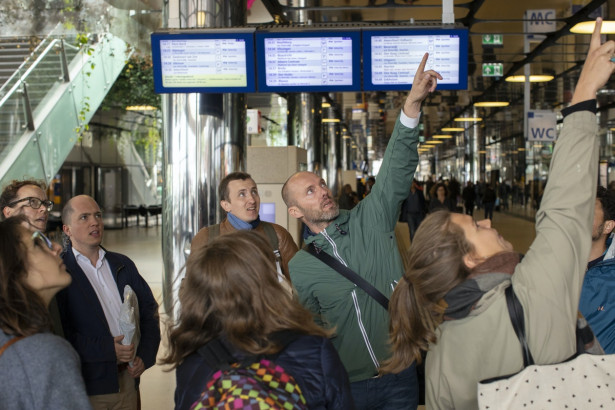 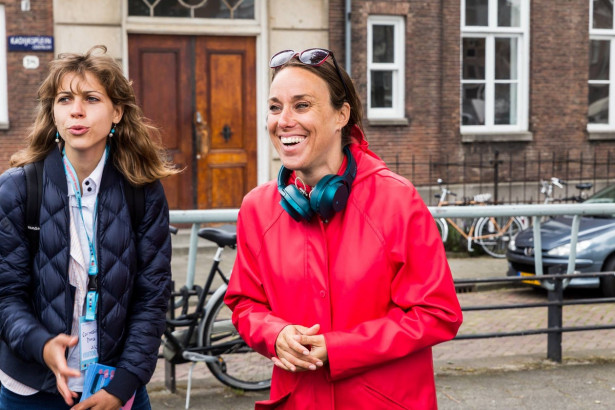 Another highlight of the tour was the use of the JCDecaux’s digital screen (also known as MUPI) to activate a special welcome message in front of Central Station. Stakeholders and visitors were enthusiastic about the possibility to use this digital infrastructure to deliver location-specific information at other points in the tour. 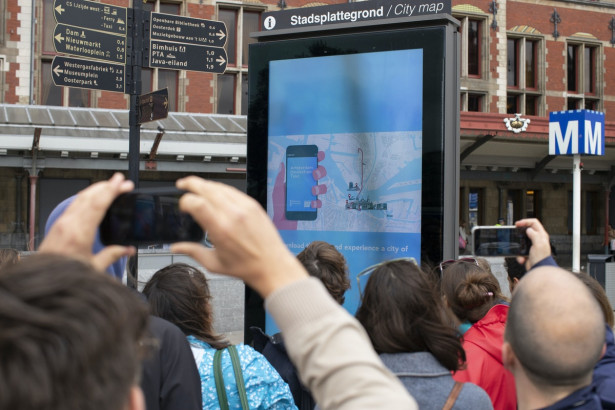 Start of the tour on the digital screen ©Thomas Schlijper

We are now collecting feedback on the app which will help us improve the next version, which will also feature AR capabilities. Do you have an innovation you think should be included in one of the two existing routes or do you have a suggestion for a separate route? We invite professionals, researchers, citizens and visitors to share your ideas below or via <a>innovationtour@amsterdamsmartcity.com</a>.