What can Amsterdam learn from … Helsinki? 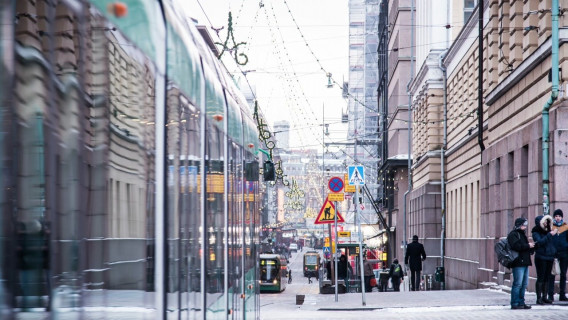 From our experiences at the Smart City Expo World Congress last November, one thing became clearer than ever before: cooperation is key. We should not strive to reinvent the wheel; instead we should learn from each other, cooperate. In a series of four blog posts our intern Luc Baardman investigates the challenges of other smart cities in Europe. For this article, we contacted Forum Virium Helsinki and asked for top tips, tricks and gained experiences.

Helsinki aims to become the world’s best functioning city. This strategic goal, set by the mayor Jan Vapaavuori, is to be achieved through digitization and the adoption of smart technologies. These are three examples of how Helsinki uses smart city technologies:

First, open data. Most of the data that the city collects are open. This data helps citizens to follow a decision-making process, send feedback to the city or reserve open spaces for their use. The city of Helsinki also actively encourages companies to use their open data for new commercial services, and with success: Maas Global and Kyyti.

A final example given here links with their ambition: to provide citizens one more hour a day through smart services. One hour. Each day. How would you spend this time? Helsinki appointed the area of Kalasatama to be the place to experiment smart urban living and services. From there, initiatives can expand into the wider smart city district of Helsinki. 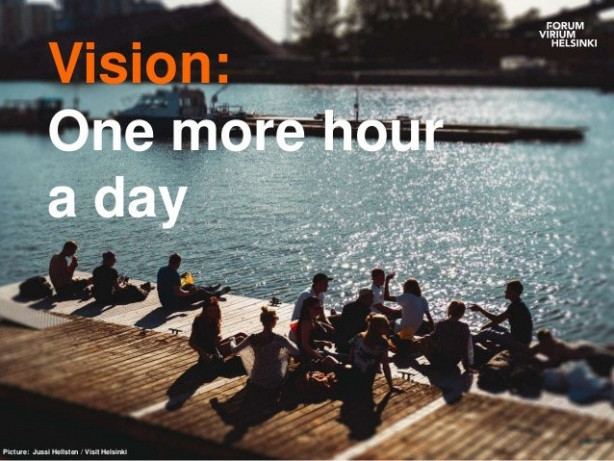 Core in this development is the co-creation of the city district, in which residents actively partake in initiatives (together with the public and private sector). The agile piloting in Kalasatama accelerates Smart City innovation by developing and piloting service prototypes in real city environments.

The most digitalized building in this area is 'the senior house', designed by seniors themselves; a good example of this citizen-centred approach. The citizens of Kalasatama are among the most active in Finland: one third of the inhabitants participates in developing their own neighbourhood! The role of the public sector in this has been to nurture co-creation.

This is a point in which Helsinki shows to other cities what citizens can (and should?) mean for urban development. In the words of the mayor: “We need smart technologies, but most of all we need smart people. We should see the city as a platform, where citizens, companies, and universities can work and innovate together”.

Helsinki already collaborates extensively with other European cities through Horizon 2020 projects, EIT Digital and the EIT climate-kic. From experiences once shared by Amsterdam, Helsinki learned to appreciate the bottom-up Smart City culture. A more recent partnership with TNO resulted in indicators to follow up smart city successes in the Kalasatama district.

Helsinki is also part of a Smart City network that spreads through the Nordic region, as they share similar infrastructural and environmental challenges. From this network, Helsinki learns for example from Copenhagen on innovations that make the city more resilient towards climate change.

The biggest challenge that Helsinki sees in any smart city development is the integration of new systems into old ‘legacy’ systems. Since this transformation of the built environment always slows down Smart City development, they believe it is best to immediately take action, but to do so in a gentle way taking small staps. Agile methods and pilot projects can be the key to the solutions in this.

Already, Helsinki has set up over 15 inter-city projects within Europe, having joint projects with amongst others Hamburg, Nantes and Barcelona. Perhaps new joint-projects could be formed with Amsterdam?

What do you think? Ever been in Helsinki and Amsterdam and do you see a company that would very well fit in the other city? Post it below, who knows what wonderful partnerships emerge from this!

I was once involved in this project (see URL below) about so-called 'Living Labs', which also spawned the Netherlands (Amsterdam), Sweden (Lulea) and Finland (Helsinki). It's not running anymore, but perhaps it gives some leads! http://www.openlivinglabs.eu/news/apollon-cross-border-living-lab-pilots-explained