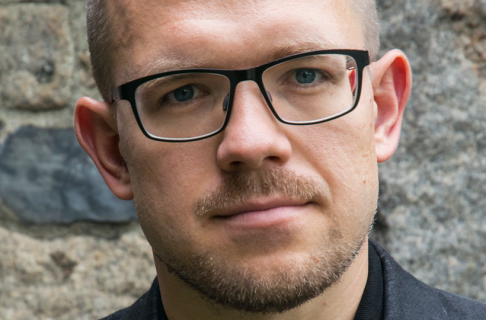 Who controls our city? Its citizens, its politicians, or its companies and technologies that operate outside of our visible democratic realm, such as Uber and AirBnb. When discussing the future of Amsterdam, it is impossible to do so without reflecting on the role that digital technologies play, for example “smart” technologies that are meant to make life in Amsterdam easier. Who owns and profits from these technologies? Do they make all of our lives better or just the lives of the lucky few? One of the world’s most renowned internet critics Evgeny Morozov will share his vision on the relation between cities and technology and how this analysis fits within a broader critique of increasingly digitized and financialized capitalism. A story that directly relates to Amsterdam and its decision-making in the coming years.

Internet critic, philosopher and scholar Evgeny Morozov has for years shaken up the public debate about technology and internet with his visions – that are often diametrically opposed to predominant truths. In his book To save the world, click here! Morozov argues that you can’t solve political problems with technological solutionism, even in a city like Amsterdam. After his lecture, Morozov will discuss the specific situation in Amsterdam with politicians, experts and stakeholders. Please watch this site for the line-up.

About Long Live Amsterdam
The stakes were high for our national elections, but for the people who want to exert influence on their local neighborhood, community and streets, the municipal elections of March 21th 2018 is a crucial moment. What should Amsterdam be like in ten years from now? Amsterdam is more crowded than ever, the housing market is under pressure and tension between poor and rich, white and black and low and high educated people is still there. That’s why De Balie invites interesting international and national speakers to fuel the debate in Amsterdam with their vision and expertise. All visions will come together in the run-up to the big municipal debate organized on March 20th!

We need to see opportunities (including the growing momentum for building back better and accelerating transformation processes) as much as thinking of challenges. This roundtable aims to provide a creative and refreshing opportunity to focus on chances more than only challenges. We will explore how to think of opportunities, of ways forward, of hope and ambition. We want to also investigate how sharing cities are connecting and merging with different agendas and topics in Europe and around the world.

For my Master's Thesis, I am pursuing the topic of Smart Cities from the perspective of the citizen. Primarily, focusing on first, the awareness among citizens about their cities "smart initiatives" and secondly, the extent to which they participate and would like to participate in such initiatives. My sample population consists of normal citizens as I would like to investigate how much the average citizen is aware of these things. However, I am looking for people on this forum who have somewhat of a previous experience either about or working with smart cities who I could hopefully conduct a short interview with so I could use that as sort of a benchmark when compared to normal citizens of a city.

This article is written by Dobos Emese (hvg.hu) in collaboration with the Dutch Embassy in Hungary.

Most people think of technology and data about the smart city, while Amsterdam Smart City thinks of a donut. Creative ideas for more liveable cities.

What is a smart city? “Most of all, how can we make cities more liveable places for the people who live, work, play and improve their quality of life,” says Frans-Anton Vermast, Strategic Adviser and International Smart City Ambassador, who has been working in Amsterdam since 2008. (smart) strategy. For more than a decade, this was quite different: back then, the smart city was more about how we can improve air quality through electricity and connectivity, ”he recalls.

According to a large-scale survey of Amsterdammers, air pollution has been identified as a major problem. And because this is caused by fossil fuel vehicles, as a first step, plenty of electric chargers have been installed throughout the city to encourage more environmentally friendly transport.
The smart city strategy is, of course, the result of joint work: residents, companies, experts, NGOs and public authorities are equally involved in thinking. In the meantime, an “innovation cemetery” has also been set up: unused, unrealised ideas are collected here: they are reviewed every six months, because a problem that arises later may be the result of an earlier idea.

“Over the years, we’ve increasingly shifted from technology solutions to solving people’s problems,” he says, as their orientation has changed. It is precisely this approach that underpins the Netherlands ’smart city strategy established in 2017, that mobility, accessibility, sustainable and low-energy homes, improving air quality and healthy urbanisation are equally important in a truly smart city.

And there are several initiatives in Amsterdam to reduce air pollution and traffic. SMARTX presenting the strategies of Europe's leading smart city !!! conference, several of these will be presented by the expert. One is an electric charging station system through which not only can we charge our e-car in public places, for example, but if we have more energy than we need, we can recharge it - and the city pays us in return.

But it’s not just because it’s financially worthwhile to be a citizen of a smarter city: as part of the Zuidas project, thousands of workers in Amsterdam’s business center have been asked to leave their cars in parking garages and travel differently. The city paid them € 1,000 in exchange (that’s what employees would get for a leased car from the company). As part of the project, they were wondering when and why people would sit in a car. Most often they missed the car on the weekends, during a visit to a relative and shopping, and in the evening, with the thinness of public transport, but apart from this, they easily switched to community car-sharing solutions, resorted to taxis, rentals - or hopped on bikes. And from the feedback, they can form a useful strategy for reducing the city’s traffic.

Part of that is the Roboat program: anyone who has been to Amsterdam knows that canals weave across the city. Self-guided boats are also used to dampen traffic jams: they can also be used to supply the city's restaurants, so they can also act as freight carriers, but tourists can also use these boats: all you have to do is hit where you want to go and the boat takes the group there.

And the coronavirus epidemic has also accelerated developments already underway: mass-sensing cameras, also started due to traffic reductions, could be used in the city during the pandemic to monitor where crowds might develop (anonymously, of course) and whether people are being held. the distance. So through an app, residents had the opportunity to see how many there were in a park right now, so they could consider whether it was wise to go there.

The role of city dwellers

Problems are often first perceived and affected by city dwellers themselves, so it is important to know how they can be active. They need clear needs and channels to know where to turn with a problem or idea. And the best cities in the world are excellent at this, ”points out Samu Szemerey, a senior settlement expert at the Lechner Knowledge Center.

A Dutch initiative is FixMyStreet: the application was created specifically with the aim that if someone notices an extinct street lamp or pit, they can immediately signal it with a map - and the competent authorities will solve the problem. A similar domestic example is Járókelő.hu: anyone on the website can report a detected public space problem, which is processed voluntarily and forwarded to the authorities.

“There is also a huge opportunity for a city to be able to make good use of incoming data,” explains Samu Szemerey. For example, there is a Hungarian settlement where a flat-rate contract was switched on the basis of the collected and analysed data - the city saved 40 percent in terms of operation with the decision.

According to the 2020 ranking of the Smart City Index listing smart cities, Singapore, Helsinki and Zurich are the “smartest”: how city residents also classify their own city based on five main areas plays a big role in this. These are health and safety, mobility, activity, opportunity and governance. In addition to data that characterize the economy and technological development of cities, the participation of residents is also an important aspect. By the way, Amsterdam was ranked 9th, Vienna 25th and Budapest 77th and 109th.

Amsterdam is the first major city to introduce the so-called “Donut model”: the model is named after a British economist, Kate Raworth, a researcher at the Institute for Environmental Change at the University of Oxford, and the Dutch capital will now use it as a guideline in urban development. What is the point of this? The innermost circle of the donut, the hole, symbolizes basic needs (such as food, clean water, housing, public health, energy, education, gender equality, income, and a say in public life), and what is outside the donut’s ring indicates that we have exceeded the limits of the Earth, the ecological boundaries. Everyone should be in the donut, but no one is here: developed countries are beyond the donut and developing countries are in the hole.

Although the Netherlands is what we associate with wooden slippers and windmills, and the city, for example, is at the forefront of environmentally friendly, pollution-free urban mobility, there are aspects that are not met: the city’s emissions, for example, are 31 percent higher than in 1990. level - 62 percent of CO2 emissions come from imports of construction materials, food and consumer products. That is why Marieke van Doorninck, Deputy Mayor of Amsterdam, is also urging that materials be recycled and that as many natural sources as possible be used in construction.

The article was prepared in collaboration with the Dutch Embassy in Hungary and hvg.hu.