10 facts to introduce Smart City Kharkiv to you! 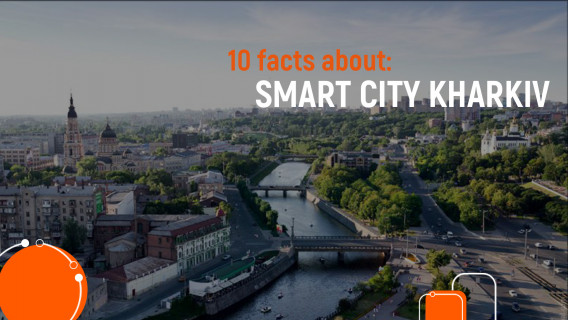 Did you know that Kharkiv was the capital of Ukraine? Have you ever heard that in this city atom was split for the first time in the world? Did you also know that in Kharkiv are produced technologies that still help space rockets to conquer the outer space?

But our city is not only recognized with historical merits. Today we also have something to be proud of!

Few people know that Kharkiv is not only a million-plus city in Ukraine, but also a large industrial, intellectual and technological center. Kharkiv is a comfortable and fast-growing city that keeps up with the times.
In order not to seem empty talkers, we will tell you about our city in facts.

1. The most efficient city in Europe for investment in 2018 according to the magazine “Financial Times”
2. The only city in Ukraine that continues the construction of the metro with the support of the IBRD.
3. The first city in Ukraine with a complete set of Council of Europe awards: the European Table, Diploma, Honorary Flag, Prize of Europe. In addition, Kharkiv heads the Association of Cities with the Prize of Europe.
4. Kharkiv was awarded by status of “City of 12 stars” from the Council of Europe for the fourth year in a row.
5. Kharkiv is the most comfortable city for living in Ukraine in 2018 according to the “Focus” magazine.
6. Kharkiv received the award “Best Practices of Local Self-Government” for the project of reforming the municipal enterprise “Kharkiv City Bureau of Technical Inventory”
7. The most innovative city of Ukraine according to experts of Kyiv Smart City Forum 2018.
8. Kharkiv is the first city in Ukraine where Vodafone project “Smart City UA” and Mobile ID technology were launched.
9. One of the largest IT clusters in Eastern Europe which includes more than 70 companies that develop the IT ecosystem in Kharkiv.
10. Kharkiv International Airport has become one of the fastest growing airports in Europe over the past year and ranked 1st in the WizzAir travel destination ranking.