Across Europe, the postman helps to overcome loneliness 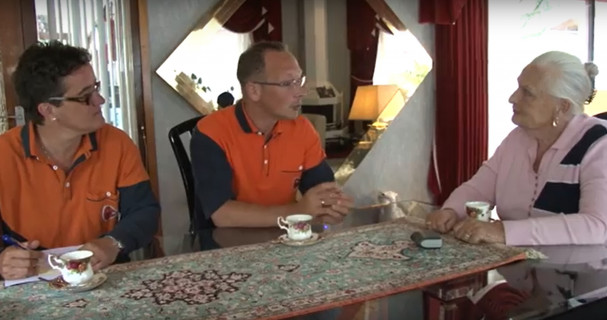 In a few days the "week against loneliness” ends. The question naturally arises: what's next? The topic loneliness has been a ‘hot topic’ for a long time. Not surprising, because the urbanization on the one hand and the shrinking areas on the other hand cause an increase in loneliness. How can postmen help? European countries know!

In a few days the Week against Loneliness﻿ ends. The question naturally arises: what's next? The topic loneliness has been a ‘hot topic’ for a long time. Not surprising, because the urbanization on the one hand and the shrinking areas on the other hand cause an increase in loneliness. Combined with budget cuts taking place in the social domain, you get shocking figures: 3.5 million people in the Netherlands are lonely, more than 1 million are very lonely.

There are many initiatives to find a structural solution to this problem. Consider initiatives of the Red Cross and the National Fund for Elderly People or commercial initiatives such as hiring a student to do a walk or a professional caregiver at home with whom you can play a game of scrabble.

Even large companies are looking at their possible contributions to solve this problem. I zoom in on activities carried out by postal companies in Europe. In France, the postman keeps an eye on the elderly. Many elderly people live remote and the postman is their only social contact. For € 4.40 per week, the French Post offers the elderly a visit of the postman. The German Post has previously developed similar services. The Belgian post offers intake questionnaires at the doorstep so municipalities and institutions get a good picture of the elderly. The Finnish Post offers several "home services" for the elderly because they are often left behind in the countryside while their children move to the cities. In short: Across Europe, the postman helps to overcome loneliness.

Also at PostNL we are working on this theme. We do this for two reasons. First, we see that our postmen play an incredibly important role in the neighborhood. For example, in May this year, a man of seventy was found dead in his home. Both local residents and the postman reported the address to the municipality. Because of situations like this, we participate in Rotterdam in the project "Report Isolation", to allow postmen to report worrisome situations.

Secondly, the postman is a familiar person in the streets. Because the mailman is often working in a district for a longer period of time, he knows the area and its residents. That's why we did a second trial in Rotterdam: mailmen were requested by the municipality of Rotterdam to take interviews with elderly people.

The results of both projects are interesting. Postmen can pass on signals of possible 'unsafe' situations to the social teams of the municipality. Obviously, in compliance with privacy laws. Our extra eyes and ears on the street already reached a number of people in the city of Rotterdam. These people were socially isolated or needed some help. The trial with interviewing seventy-five elderly at home learns us that the elderly were satisfied about the conversations and our deliverers saw the service as a useful addition to their work.

Although we do not know where the two tests will lead us on the long term, we see that the postman can play a valuable role in this type of social activities. In a society where more and more people are lonely and neighbors don’t know each other anymore, the postman can play a role in bringing them together.

Other blogs of Rogier:

• Having a good webcare team is not being a good government

• How to evaluate Smart City innovation: Wildcard for roundtable on September 14th