Having a good webcare team is not being a good government 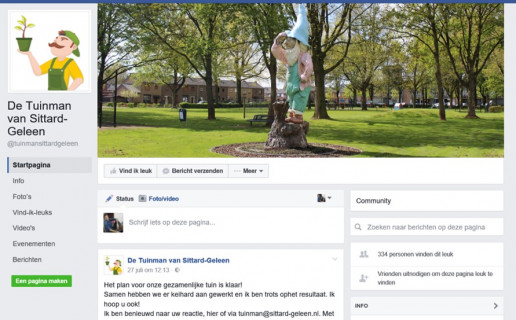 The newspaper Algemeen Dagblad stated that municipalities respond quick and adequate to citizens’ complaints on Twitter. It is no surprise that the number of social media interactions between citizens and the local government increases. However, social media is just one way to connect with a specific kind of citizen and responding on social media is not all the municipality has to do with respect to monitoring the public sphere.

The role of webcare teams is primarily that of a translator: he translates the citizens’ emotional complaint regarding garbage on the street into a well formulated work order in a computer system. Depending on the kind of work order, the maintenance team has a service level agreement to solve the problem within 24 hours or within several days. The social media team tweets back: “Oh yes that’s messy! I have announced in our system. My colleague from maintenance will go after is as soon as possible”. And following on the positive statement of Algemeen Dagblad, I assume that the standard terms to solve a problem are rightly chosen: the social media complaints are not solved faster than ‘regular’ complaints.

Despite the positive experiences, having a good webcare team does not equal being a good government for all inhabitants. Firstly because most social media posts should be perceived as a complaint instead of a dialogue. Second, because people posting complaints on social media represent a limited number of people. Third, because a municipality has an own responsibility in managing the public sphere. Let’s have a closer look at this three remarks to the so-called social media “beep system”.

Complaint rather than a dialogue

As a government you want to communicate in a two-way relation with citizens. However, too often a complaining citizen is confused with a citizen who wants to share his ideas. If the social media relationship between the municipality and the citizen is exclusively about complaints and not on ideas then we miss opportunities to improve. Thus: a social media team should not only translate the complaint into a work order, but should also start the dialogue on continues improvement opportunities. A good example of this approach is the “gardener initiative” of the municipality of Sittard. The dialogue on this Facebook site is moved from demanding for and delivering of solutions to sharing ideas.

My second remark to the “beep system” is that the type of citizen posting messages is limited. In general, they are citizens who speak up to the government. However, many people (especially from lower social classes) do not. Managing the public sphere at the basis of “beeps” from citizens result in very clean streets in neighborhoods with many posting citizens (mostly higher social classes), and dirty streets in neighborhoods where people do not complain. As an alternative, municipalities should develop tools to measure the quality of neighborhoods. In the one neighborhood the ‘beep system’ is sufficient, in the other it is definitely not.