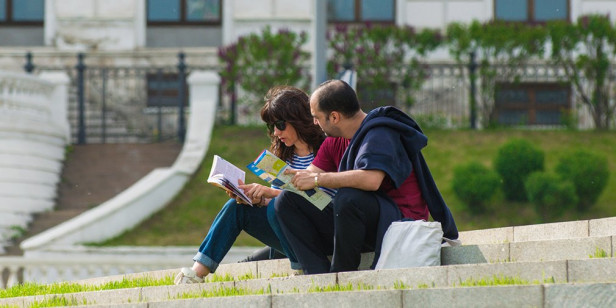 The Moscow Tourist Information Support Centre has launched a new hotline for tourists in Moscow. Visitors to the Russian capital can now get 24/7 help via a short number - 122, as well as a ten-digit landline number - +7 (495) 122-01-11. Moscow Call Centre operators will advise on how to pay fares in the Metro and get to the airport, how to get from one location to another, and where to rent a bike. They will also provide information on interesting events and festivals taking place in Moscow and give out the addresses of museums, stadiums, parks and other attractions. In addition, hotline staff will assist tourists in the event of emergencies and advise on the addresses and opening hours of embassies, consulates and visa centres.

The service is currently provided in two languages: Russian and English. In future, Chinese, French, German and Spanish will also be available.

The hotline was created by the Moscow Tourism Committee together with the Moscow IT Department on the basis of the citywide Contact Centre.

''The number of tourists visiting Moscow is growing every year, so the Call Centre is an important step to get their feedback. The short number 122 is easy to remember and takes only a few seconds to dial on your mobile phone. Call Centre operators provide advice in Russian and English, which is vital given the growing number of foreign tourists in Moscow. To establish the Moscow Tourist Information Support Centre, we made use of our previous experience, including the hotline of the Department of Transport and Road Infrastructure Development during the 2018 FIFA World Cup,'' said the Committee for Tourism.

The short number 122 can be dialed from the mobile numbers of all Russian and foreign operators in Moscow and Moscow Region. The ten-digit city number +7 (495) 122-01-11 can be dialed from mobile and landline numbers abroad and in Russia. Calls to both numbers are charged at your operator's rates.

The hotline currently has a staff of 20, but this number will grow quickly as the Call Centre’s workload increases.

The citywide Call Centre has been operating in Moscow since 2011. It receives over 2.5 million calls each month. Approximately 90 percent of calls are received by hotlines popular with Muscovites: the Moscow Unified Information Service, the Unified Control Centre, the unified service for making doctor’s appointments, the Moscow Transport Call Centre and others. It is one of the most innovative call centres in the world, with around 40-45% of all enquiries processed by a robot which can answer simple questions and give updates on the status of applications and complaints. Using a robot reduces waiting times and eliminates the human factor.

Hi Alexandr! This is an interesting initiative. It would be great to chat to you more about how this is working in Moscow. I think there is some nice overlap with my startup, which provides dynamic knowledge management software & automation tools for tourism boards & cities. It would be great to compare your project with some of our clients in both Australia & Europe. We're noticing a lot of cities looking to improve their multilingual client service offering. It's great to hear Moscow is taking a proactive route in this space :)

Hi Alexandr, thank you for sharing. Could you tell me what other cities can learn from your initiative? Why do you think this is useful for Amsterdam Smart city community members?